El Señor de los Cielos - a telenovela that originally aired on Telemundo and currently is available for streaming on various platforms - would appear, at least based on the plot summary, to be my kind of fare. The series tells the story of Aurelio Casillas, a drug lord who has la ambición, la inteligencia y la pasión to become the greatest narcotrafficante of all time. His nemesis is Marco Mejía, a police officer determined to bring Castillas to justice, in part, because Castillas had his father murdered years ago. (Mejia is driven by la sed de venganza!) When Castillas fears that the authorities are closing in on him, he can think of only one way to evade capture and protect his family: extensive plastic surgery to disguise his identity. The first season ends with some uncertainty as to whether Castillas died during the procedure. Spoiler alert: the show has six more seasons, so you can do the math.

This case involves a dispute between Caracol Television and Telemundo over ownership rights to the series. And it would appear that the drama behind the scenes rivals the melodrama on screen.

In 2012, Caracol and Telemundo entered into a Co-Production Agreement to jointly develop, produce, and distribute the series. Pursuant to the Co-Production Agreement, Caracol and Telemundo jointly owned “all elements” of the series, including “all literary, dramatic, or other material contained therein [and] all characters, concepts, properties, elements, names and title contained therein." The Co-Promotion Agreement also required each party to offer the other the option to co-produce any derivative work based on the series and, should such an offer be rejected, to negotiate in good faith “the terms under which the interested party may be granted the sole right to produce" the derivative work.

After the first season was completed, Telemundo offered Caracol the option to co-produce another season. Caracol declined, and, following negotiations, the parties entered into a new agreement (the “Letter Agreement”) in which they agreed that Telemundo would produce a second season of the series (which the Letter Agreement calls the "Sequel") and own all rights to Sequel. In return, Caracol would have the right to broadcast the Sequel in Columbia for three years.

The Letter Agreement provided that Telemundo had the “right to use all elements (e.g., characters, story, scenarios, locales, etc.) derived from the Series and any new elements added by [Telemundo] for purposes of creating the Sequel." It also included the following ownership provisions:

"From inception through all stages of completion, the Sequel and all elements thereof, including the underlying works, format and scripts of the Series, will be exclusively owned by [Telemundo] throughout the world.

[Telemundo] will own and control all exclusive, irrevocable and perpetual right, title and interest (including copyright), throughout the universe in and to the Sequel and all derivatives of the Sequel, and all elements, underlying works or portions thereof, including all raw footage, from the inception of production, in any and all media and formats, now known or hereafter devised, in perpetuity, including without limitation all literary, dramatic, or other material contained therein, and the results and proceeds of the services in connection therewith."

Following execution of the Letter Agreement, Telemundo produced the Sequel, plus four additional seasons (between 2015-2018) and even a spinoff (the “Subsequent Seasons”) before fans' interest abated and the series ended.

In 2018, Caracol sued Telemundo, alleging that it remained a joint owner in the copyright of the series and was entitled to compensation for the distribution and licensing of the Subsequent Seasons. The district court granted Telemundo’s motion for summary judgment, holding that the unambiguous language of the Letter Agreement demonstrated that Caracol had transferred all of its rights in the entire series to Telemundo. The district court further found that the parties’ course of conduct supported this interpretation. Caracol appealed, and a panel of the Eleventh Circuit affirmed.

Under Florida law, which governed the Letter Agreement, analysis begins with the plain language of the agreement "because the contract language is the best evidence of the parties’ intent at the time of the execution of the contract.” Extrinsic evidence may only be considered if "the words used on the face of the contract ... [are] ambiguous or unclear.”

Caracol argued that the purpose of the Letter Agreement was to allow Telemundo to produce one additional season of the series (i.e., the Sequel), not to give Telemundo ownership rights over the entire series. In support, Caracol argued that whereas the Letter Agreement clearly vests ownership of the Sequel in Telemundo, it only grants to Telemundo a limited right to “use” (in other words, a mere license to use) elements from the series itself for the purpose of producing the Sequel. According to Caracol, there was no assignment of Caracol's underlying interest in the series itself. The Eleventh Circuit disagreed, concluding that the Letter Agreement "unambiguously and clearly assigns Caracol’s entire copyright interest in the Series to Telemundo in perpetuity." The court noted that pursuant to the operative language in the Letter Agreement, Telemundo would own not only perpetual rights in the Sequel, but also perpetual rights in the “underlying works or portions” of the Sequel. "Since the Sequel was derived from the Series," the court "logically conclude[d] that the term 'underlying works or portions' of the Sequel would include the Series." Because, in its view, the plain language of the agreement resolved the issue, the court did not consider any extrinsic evidence (such as the parties' course of dealing).

Did the district and appellate courts get this one right? To me, the ownership provision relied on by both courts does not clearly indicate an intent by the parties to convey to Telemundo all underlying rights in the series. A few observations:

First, context matters. The focus of the provision is Telemundo's ownership of the Sequel, which becomes even more evident when you diagram the sentence. (The diagram below shows a simplified version of the operative language. Don't ask how long it took me to create this; it was a labor of love. Like Gertrude Stein, few things excite me more than diagramming sentences!)

The Eleventh Circuit read this clause broadly to cover ownership of the underlying rights in the series due to the inclusion of the phrase "underlying works" (highlighted in yellow above). While the court is logically correct that the series rights can be accurately described as the "underlying works" of the Sequel, the court ignores the context in which this phrase is used: a long, meandering sentence largely, if not entirely, about Telemundo's ownership of the Sequel. When viewed in that context, "underlying works" could mean the scripts and other source material that Telemundo used to create the Sequel rather than the underlying rights in the series itself. At a minimum, the clause is capable of more than one interpretation.

This narrower interpretation is arguably supported by the examples of the rights that Telemundo will own that are included in the provision. Specifically listed are (1) "all raw footage", (2) "all literary, dramatic, or other material contained therein" and (3) "the results and proceeds of the services in connection therewith.” A jury could reasonably conclude each of these examples refers to elements of the Sequel only and not of the underlying series, and that this supports that the parties did not intend to for Telemundo to secure the broader rights to the series.

Second, the court ignores that this provision includes a temporal component. The clause provides that Telemundo would own all rights "from the inception of production." An argument can be made that this indicates that the clause was intended to address ownership of the elements of the Sequel that would be created in the future and not to convey ownership of the overall series rights that were created in the past. Indeed, it is worth noting that this ownership provision is not styled as a grant of rights (i.e., it doesn't say "Caracol grants to Telemundo ..."); instead, it is an acknowledgment of Telemundo's ownership of certain rights. That makes sense when you look at the examples that are included in the clause, such as "raw footage" and "results and proceeds of the services in connection therewith." Caracol was not in a position to grant to Telemundo ownership of those rights, since those rights did not exist at the time of the Letter Agreement and, in any event, would be created later by third parties and not by Caracol. At most, Caracol could acknowledge that, as between the parties, Telemundo would own those future rights.

Third, the court's interpretation ignores practical considerations. That the underlying rights to a telenovela can be extremely valuable is demonstrated by the fact that El Señor de los Cielos ran for seven seasons and had a spinoff. If the parties had intended to convey the lucrative series rights to Telemundo, that would have been a primary deal point, and you would have expected the parties to include a clear assignment of those rights in the Letter Agreement. You certainly wouldn't expect the parties to slide such a conveyance into the Letter Agreement via an ambiguous dependent clause floating in the middle of a very long sentence.

Finally, at the end of the day, it would appear that no injustice has occurred here. The lower held, in the alternative, that the course of dealing between the parties supported that everyone had understood that Caracol had conveyed all series rights to Telemundo. Specifically, the district court found:

"Over many years following the execution of the Letter Agreement, Caracol entered into agreements with, and repeatedly paid, Telemundo for the right to broadcast the Subsequent Seasons. Indeed, pursuant to [other agreements between the parties], Caracol paid Telemundo hundreds of thousands of dollars per season for those rights. Caracol’s conduct is consistent with a finding the parties intended for Telemundo to own all rights in the Series. ... Indeed, why would Telemundo bear the entire cost of production for the Subsequent Seasons if it did not have complete ownership? Moreover, why would Caracol pay hundreds of thousands of dollars to broadcast the Subsequent Seasons if it had retained rights in the Series? The parties’ actions only make sense under the Court’s interpretation of the Letter Agreement." (Cleaned up.)

That course of dealing is pretty damning evidence against Caracol and provides grounds for giving the win to Telemundo.

“I really do not know that anything has ever been more exciting than diagramming sentences.” - Gertrude Stein. 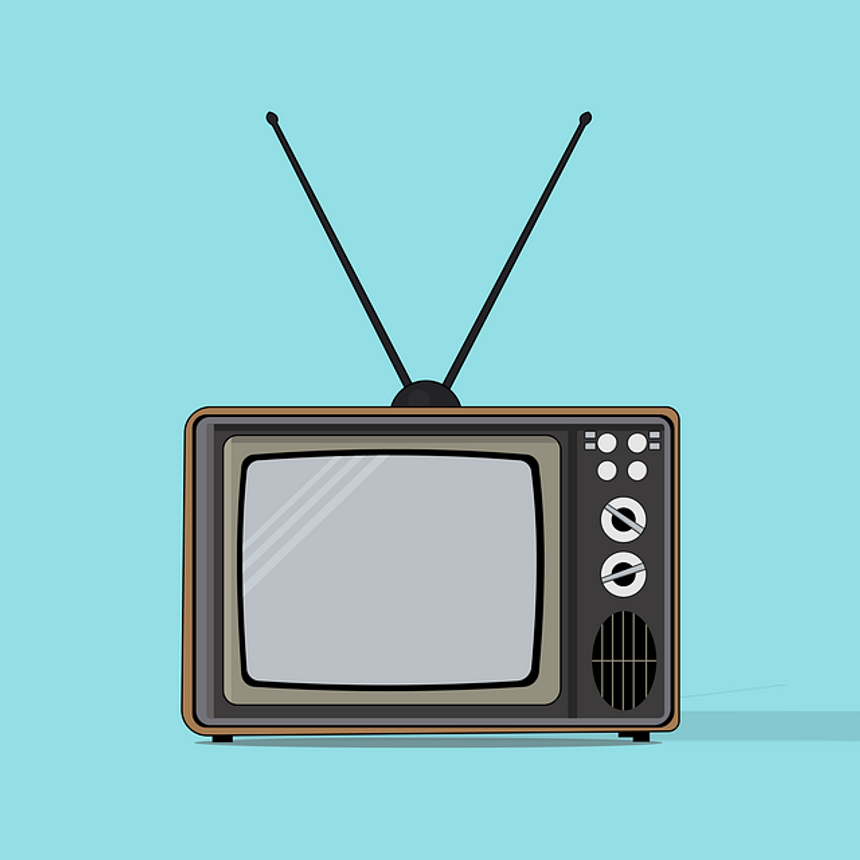