Is a work that's otherwise protected by copyright suddenly fair game once it's been "meme-ified"?  That was the question involving "Pepe the Frog," described by its author, Matt Furie, as a "cool, chill frog dude."  This frog dude, however, was effectively co-opted by the alt-right movement in numerous blog posts, memes, and other communications and promotions, often overtly bigoted and hateful.

Attempting to reclaim control over his creation, Mr. Furie pursued several alleged infringers, all of whom -- except one -- eventually agreed to cease using the image without permission.  That lone holdout -- InfoWars, a notorious website run by far-right conspiracy theorist Alex Jones, who is currently being sued by several parents of the Sandy Hook school shooting victims for claiming that it was all a hoax meant to further the argument for gun control -- argued that Pepe's ubiquitous appearance as an internet meme had rendered any comparable future use as fair use under U.S. copyright law or that the copyright had been abandoned.

InfoWars pressed this "meme-ification" argument before the Central District of California in Furie v. InfoWars LLC.  On May 16, 2019, the court denied the defendants' motion for summary judgment and set the case for trial.  At the time, the court noted that "Defendants have not pointed to any authority for the proposition that 'meme-ification' of an image or character destroys or diminishes the original author's copyright interest."

It now appears that Pepe has nothing further to say about whether allowing an image to be "meme-ified" is tantamount to abandonment or whether the use of an image in association with a primarily "negative connotation" will impact the fair use analysis under copyright law.  That's because the parties have recently announced a settlement, where the website agreed to pay $15,000 and promise to never use the character again.  Furie's team praised the settlement as a victory for the enforcement of copyrights.  InfoWars's attorneys, on the other hand, pointed out that Furie "got a measly $15,000" after likely spending $1 million in attorneys' fees -- apparently overlooking the fact that Furie's lawyers were working pro bono.

In any event, it appears that the "meme-ification" defense is not yet a valid one for alleged copyright infringers.  And we can all rest easy now that the chill frog dude once again "feels good man." 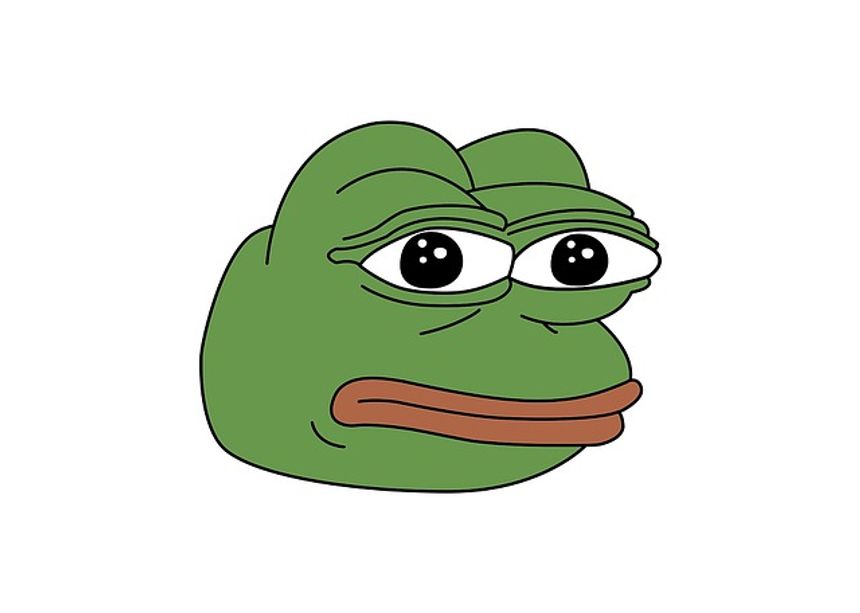