Late last month, the Second Circuit Court of Appeals heard oral argument in Castillo v. G&M Realty L.P., the closely-watched case in which Hon. Frederic Block of the Eastern District of New York last year ordered a real estate developer to pay $6.75 million for whitewashing aerosol artists' works located at the famed 5Pointz site in Long Island City. We listened in on the hearing (recording available here), which provides some insight into how the appellate judges interpret and apply the Visual Artists Rights Act of 1990 (“VARA”).  Here's what you need to know.

In February 2018, we wrote a detailed summary of the procedural background of the case and Judge Block’s decision (available here).  In a nutshell, in 2013, numerous aerosol artists sought to stop real estate developer Gerald Wolkoff and his real estate entities from destroying their aerosol works that were affixed to the developer's warehouses located at the 5Pointz site. The artists brought their claims under VARA, which provides certain "moral rights" to visual artists, allowing artists to prevent the intentional distortion, mutilation, or other modification of their works if such changes will harm their honor or reputation, and to prevent destruction of works of "recognized stature" (and any intentional or grossly negligent destruction of such work is a violation of that right).

By decision dated February 12, 2018, Judge Block held that 45 of the 49 works were of "recognized stature." In making this finding, Judge Block noted that these works were selected for permanence and prominence by the 5Pointz curator, and the artists' portfolios showed that their works were noted in films, television shows, newspaper articles, blogs, online videos, and on social media, as supported by expert testimony. According to Judge Block, Mr. Wolkoff's whitewashing, without notice or a waiver of rights from the artists, was an infringement of the artists' moral rights. The court found the whitewashing "willful," and awarded maximum statutory damages in the amount of $6,750,000.

On appeal, the Second Circuit will have to decide whether there was any clear error with Judge Block’s finding that 45 of the works were of “recognized stature” and the resultant damages award.  The defendants argue that Judge Block misinterpreted VARA’s requirements, resulting in an expansion of the scope of protected works, erred in concluding there was a sufficient factual record to find that the works were of “recognized stature,” and erred in finding the defendants willfully violated the plaintiffs’ rights where some of the works were not added to the lawsuit until after the works were whitewashed.  Significantly, the defendants argue that VARA does not apply to the 5Pointz aerosol works because the underlying protocol at 5Pointz was that the works were generally intended to be temporary and the site curator would allow one artist’s works to be painted over by another purportedly without complying with VARA’s waiver/notice provisions.  While the judges reserved decision on this (and all other issues) at the hearing, responses from the bench included comments that, if temporary work was not protected, then The Gates, an iconic temporary installation by Christo and Jeanne-Claude in Central Park, would not be protected by VARA, and that even if the artists’ rights previously were violated by the 5Pointz curator, that does not mean that the defendants were free to disregard the artists’ rights under VARA.

As to the trial court’s application of “recognized stature,” as there is no statutory language defining that term or setting forth the materials that can be considered evidence of recognized stature, the appellate court’s task is to apply the plain meaning of the statute and determine whether, based on the record, Judge Block erred in determining that the majority of the works were of recognized stature, where the works were recognized by the relevant community albeit not in a broader sense by museums and scholars.  Notably, the Register of Copyrights issued a report earlier this year opining that “the courts should also consider the local community’s relationship with the artwork as a determination of the work’s ‘recognized stature’” rather than continue to adhere to the traditional pre-5Pointz standard, which generally focused on the scholarly merit of the work.

Another question posed by the Second Circuit at the hearing is whether street art that is painted without the property owner's consent qualifies for VARA protection.  The plaintiffs’ attorney responded that, while this question does not need to be decided in this case because all of the street art in question was painted with the defendants’ consent, in his opinion, there is some case law that suggests that unsanctioned street art is not covered by VARA.  The court’s response that the statute does not itself carve out unsanctioned art suggests that the court is concerned about this matter, even if it is not directly at issue in the 5Pointz case.

We will continue to watch this case with interest. 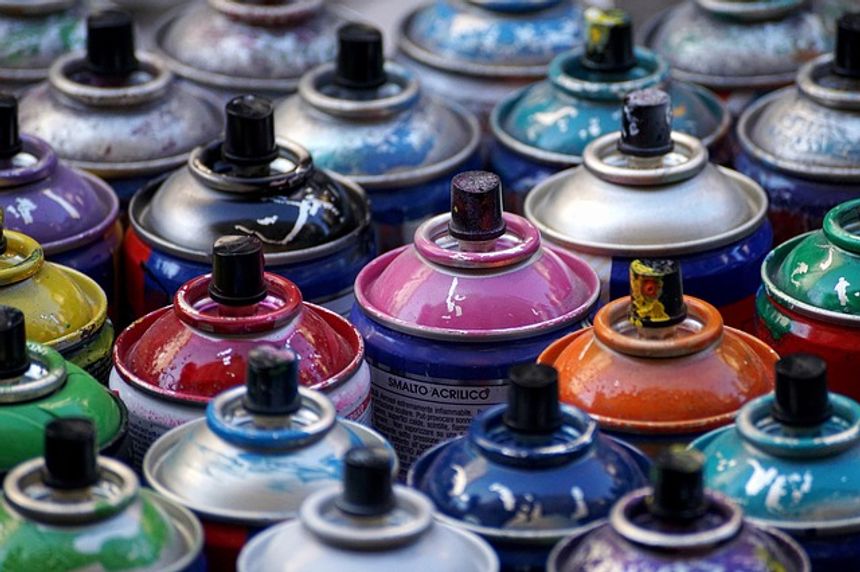