On March 23, 2020, the Supreme Court of the United States issued a decision in Allen v. Cooper, the closely-watched case testing the constitutionality of the Copyright Remedy Clarification Act of 1990 (the “CRCA”), which abrogated sovereign immunity to states for copyright infringement.  According to the unanimous ruling, there was no valid basis under the Constitution for Congress to enact the broad law holding states liable for copyright infringement like private parties.  The court held, however, that if states become emboldened and start rampantly infringing copyrights, Congress can try to enact different legislation that is tailored and backed by a strong evidentiary record, which might pass constitutional muster. Here’s what you need to know.

In 1718, Blackbeard the pirate’s ship Queen Anne’s Revenge ran aground off the coast of North Carolina, then sank, and lay underwater for nearly 300 years until 1996, when a marine salvage company discovered the shipwreck.  Under federal and state law, the shipwreck belongs to North Carolina, but the state contracted with the marine salvage company to manage the recovery activities, and that company in turn hired Frederick Allen (the plaintiff in the case), a local videographer, to document the operation.  For more than ten years, Allen created videos and photos of the divers’ efforts to salvage the shipwreck remains; he registered copyrights in those works.

In 2013, Allen discovered that North Carolina infringed his copyrights by uploading some of his work to its website without permission.  Allen settled that claim in exchange for a $15,000 settlement payment.  But Allen later discovered that the state posted five of his videos online and used one of his photographs in a newsletter.  After the state refused to admit wrongdoing, Allen sued North Carolina in federal court for copyright infringement.

In the district court, North Carolina moved to dismiss the Complaint on sovereign immunity grounds.  In response, Allen argued that, by enacting the CRCA, Congress validly abrogated state sovereign immunity for copyright infringement (North Carolina argued that the CRCA was unconstitutional).  The district court ruled that Allen’s case could go forward.  Per the court, while SCOTUS’s ruling in Florida Prepaid Postsecondary Ed. Expense Bd. v. College Savings Bank, 527 U.S. 627 (1999) precluded Congress from using its Article I powers (including its authority over copyrights) to take away a state’s sovereign immunity, Congress could use its powers under Section 5 of the Fourteenth Amendment to abrogate sovereign immunity in light of the states’ “pattern” or “abus[ive]” copyright infringement.  (In Florida Prepaid, SCOTUS rejected Congress’s attempt, in the Patent Remedy Act, to abolish the states’ immunity from patent infringement suits.)

On appeal, the Fourth Circuit reversed.  It read Florida Prepaid to prevent abrogation under either Article I or Section 5 of the Fourteenth Amendment.

SCOTUS explained that a federal court can hear a suit against a nonconsenting state on two conditions.  First, Congress must have enacted “unequivocal statutory language” abrogating the states’  immunity from suit.  Second, some constitutional provision must allow Congress to have encroached on the states’ sovereignty.  SCOTUS ruled that the first prong of the test was satisfied – the text of the CRCA clearly abrogates states’ immunity from copyright infringement suits.  Thus, the only contested issue was whether Congress had constitutional authority to do so.  Allen contended that Congress had the authority to enact the CRCA under two constitutional provisions – Article I (empowering Congress to provide copyright protection), and alternatively, Section 5 of the Fourteenth Amendment (authorizing Congress to “enforce” the commands of the Due Process clause).  SCOTUS ruled that Florida Prepaid, along with other precedent, forecloses both of Allen’s arguments.

Article I gives Congress the power “[t]o promote the Progress of Science and useful Arts by securing for limited Times to Authors and Inventors the exclusive Right to their respective Writings and Discoveries.”  That provision enables Congress to grant copyrights and patents.  In Florida Prepaid, SCOTUS held that Congress could not use its Article I power over patents to remove states’ immunity.  In its opinion in Allen, SCOTUS extended that point to copyrights.

Section 5 of the Fourteenth Amendment authorizes Congress to strip the states of immunity.  For an abrogation statute to be “appropriate’ under Section 5, it must be tailored to “remedy or prevent” conduct infringing the Fourteenth Amendment’s substantive prohibitions.  To decide whether a law meets this test, SCOTUS has adopted a “means-end” test: there must be “a congruence and proportionality between the injury to be prevented or remedied and the means adopted to that end.”  Courts are to examine the nature and extent of state conduct violating the Fourteenth Amendment, and then examine the scope of the response Congress chose to address that injury.  So when can copyright infringement by a state violate due process?  According to the court, it can’t be merely negligent infringement; it must be intentional, or at least reckless, and the state must fail to offer an adequate remedy for the infringement.  Analyzing the legislative record, SCOTUS found that there wasn’t much evidence that states were infringing copyright, much less that they were intentionally doing so.  Given this lack of evidentiary support for due process injury and the fact that the CRCA applies to all infringement, regardless of whether it is intentional or not, SCOTUS held that “the law’s ‘indiscriminate scope’ is ‘out of proportion’ to any due process problem.”

But, says SCOTUS, Congress could in the future try to enact more tailored legislation abrogating state sovereign immunity for copyright infringement in order to prevent any detected future violations of due process.  Any such legislation must link the scope of its abrogation to the redress or prevention of unconstitutional injuries, and Congress must create a legislative record to support that connection.

This decision could impact all copyright holders insofar as they cannot hail a state into federal court for copyright infringement.  Could this embolden states to infringe copyright?  According to SCOTUS, there isn’t historic evidence of significant copyright infringement by states.  If there is an uptick in instances of intentional infringement, Congress could try to hold states accountable by promulgating a more tailored law designed to redress any undue process caused by states’ infringement of copyright. 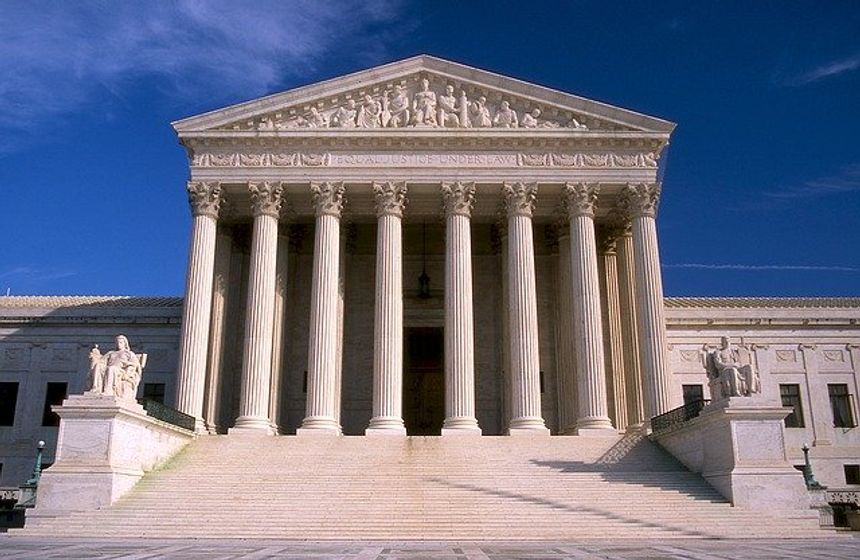