There is nothing much better for a litigator/baseball fan than when these two interests collide.  One of the highpoints of my legal career was successfully representing a major league baseball player (Pat Kelly) in his salary arbitration with the Yankees.  So I was pretty excited when the case Olson, et al. v. Major League Baseball, et al. was filed this year in the SDNY.  Maybe not as excited as if I would have been if I were involved in the case myself, but in these times we have to take what we can get.

Olson was a putative class action brought by individuals who participated in DraftKings fantasy baseball competitions.   The plaintiffs sued Major League Baseball ("MLB"), MLB's marketing entity called Major League Baseball Advanced Media, L.P. ("MLBAM"), the Houston Astros and the Boston Red Sox alleging that plaintiffs' fantasy baseball efforts had been harmed by virtue of the electronic sign-stealing scandal that has been revealed over the past few months.  In a nutshell, the Astros were found to have devised a system using cameras to relay the signs the opposing team's catcher was giving to its pitcher by sending the signs to a player or coach situated behind the Astros dugout.  The recipient of the video would then convey the pitch information to the batter by banging on a trash can.   It is undoubtedly true that a batter's knowledge of the pitch about to be thrown enhances his chances of a successful time at the plate.  While sign-stealing is not in and of itself illegal (it's a time honored tradition for baserunners to try to figure out the sign being given by the catcher and then convey that information to the batter), the rules of baseball specifically prohibit electronic sign stealing.

The plaintiffs alleged that MLB and the various defendants were aware of the sign stealing scheme but did nothing to stop it.  One reason for this, the plaintiffs alleged, is that there are sponsorship and other financial relationships between MLBAM and major league baseball teams with DraftKings.  Plaintiffs brought a nationwide class action alleging fraud, negligence, and unjust enrichment claims as well as violations of state consumer protection statutes.

Last week, a federal district court in the Southern District of New York (Rakoff, J.) dismissed all of the plaintiffs' claims.  The decision is attached here.  To summarize, the court rejected plaintiffs' assertion that the MLB had committed fraud and/or other torts by making general statements about baseball's commitment to integrity or specific comments about the conduct of the Astros or other teams.  Most of the allegedly fraudulent statements set forth in the complaint were found not to have been false (e.g., statements by the commissioner of baseball that maintaining the integrity of baseball was the highest priority).  And those that might have been false or misleading (e.g., denials by the teams involved that they had cheated) were not actionable because the plaintiffs could not adequately allege that they had relied on these statements when deciding to participate in the fantasy baseball competition.  The court also rejected the claim that defendants' conduct had violated state consumer protection laws, noting that plaintiffs had failed to allege with any specificity that they ever heard or saw the alleged misrpresentations.  And, in any event, the court found that plaintiffs had not sufficiently alleged a nexus between the supposed misrepresentations and the transactions that purportedly caused the harm to the plaintiffs' efforts to prevail in their fantasy baseball endeavors.

In his decision, Judge Rakoff did not go out of his way to discuss the impact on sports and other competitions if unhappy fans or fantasy participants are permitted to litigate their complaints.  But suits like Olson are not unprecedented.   Fans have tried, but been unsuccessful, in pursuing suits against the National Football League arising from such events as the infamous blown call by the referees in the 2019 NFC title game that cost the New Orleans Saints a trip to the Super Bowl and over the alleged secret videotaping of opponents by the New England Patriots.

In the Olson case, the court dismissed the plaintiffs' claims in its entirety.  It did note that while a few of the named deficiencies might be curable with an amended complaint, most could not.  Thus it appears that if the plaintiffs want their fantasy to continue, they are going to have to take it to the Second Circuit.

A sport that celebrates "stealing," even if only of a base, may not provide the perfect encouragement to scrupulous play. Nor can it be denied that an overweening desire to win may sometimes lead our heroes to employ forbidden substances on their (spit) balls, their (corked) bats, or even their (steroid-consuming) selves. But as Frank Sinatra famously said to Grace Kelly (in the 1956 movie musical High Society), "there are rules about such things." Judge Rakoff 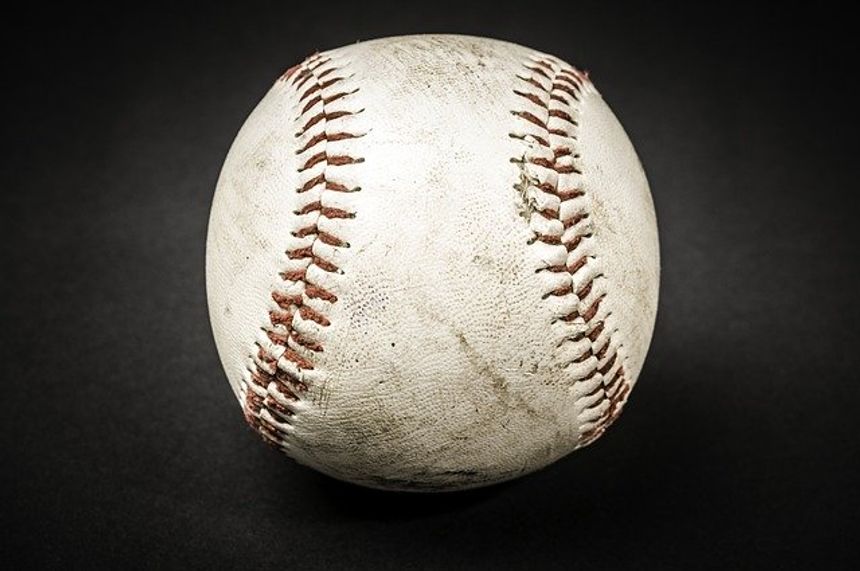