Copyright tip of the day: If you're going to create a literary and graphic character, find a distinctive concept and stick with it.  That's my take on the Ninth Circuit's holding in Daniels v. The Walt Disney Co., the latest case to address the copyrightability (or lack thereof) of a character.

The facts: Denise Daniels developed a line of anthropomorphic characters called "The Moodsters," which she pitched to entertainment and toy companies around the country, including The Walt Disney Company.  The Moodsters are five characters, each a different color representing a different emotion: yellow (happiness); blue (sadness); red (anger); green (fear); and pink (love).  Although the colors and emotions stayed consistent over the years, very little else about The Moodsters has.  In particular, when the Moodsters were first commercialized in 2005 as part of a pitchbook called The Moodsters Bible, their names were Zip, Sniff, Roary, Shake, and Oolvia.  In 2007, Daniels and her team released a 30-minute pilot episode for a television series featuring The Moodsters, titled “The Amoodsment Mixup," changing their names to Zazz, Snorf, Rizzi, Scootz, and Oola.  At the time, The Moodsters looked like this: 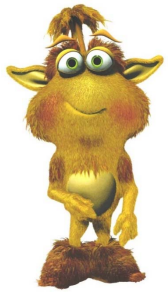 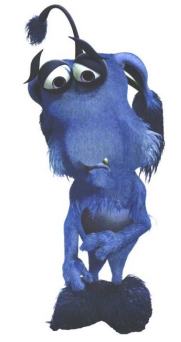 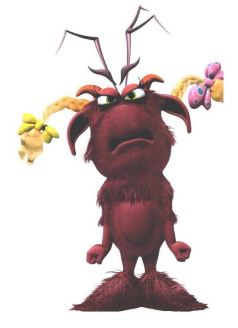 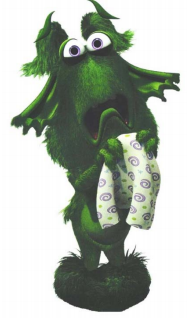 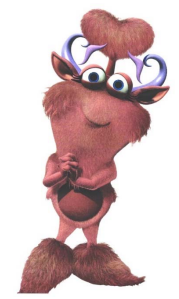 Daniels pitched The Moodsters to numerous media and entertainment companies, including Disney.  She alleges that she or a member of her team had contact with several Disney employees between 2005 and 2009.

In 2010, Disney began development of its movie Inside Out, which it released in 2015.  The movie centers on five anthropomorphized emotions--joy, fear, sadness, disgust, and anger--that live inside the mind of an 11-year-old girl named Riley.

Between the development and release of Inside Out, Daniels and her team developed what they call the “second generation” of Moodsters products (toys and books) sold at retailers beginning in 2015.  Those Moodsters looked like this, with new names yet again:

In 2017, Daniels sued Disney in the Central District of California for copyright infringement of both the individual Moodsters characters and the ensemble of characters as a whole.  She also sued for breach of an implied-in-fact contract, arising from Disney’s failure to compensate Daniels for the allegedly disclosed material used to develop Inside Out.  The district court dismissed the suit in its entirety, ruling that The Moodsters did not meet the legal standard for copyright in a character.  The Ninth Circuit affirmed the decision on appeal.

The law: The protection of characters enjoys a deep history in copyright law. Frankly, any history that can establish its roots with Judge Learned Hand qualifies as "deep."  In 1930, Judge Hand wrote in Nichols v. Universal Pictures Corp., 45 F.2d 119 (2d Cir. 1930):  “the less developed the characters, the less they can be copyrighted; that is the penalty an author must bear for marking them too indistinctly.”  More recently, Ninth Circuit enumerated a three-part test for copyrightability of graphically-depicted characters (the Ninth Circuit sure does love its multi-factor tests, by the way): (1) the character must have “physical as well as conceptual qualities,” (2) the character must be “sufficiently delineated to be recognizable as the same character whenever it appears” and “display consistent, identifiable character traits and attributes,” and (3) the character must be “especially distinctive” and “contain some unique elements of expression.”

In Daniels, the Ninth Circuit applied this test (naturally)--which was most recently explained in DC Comics v. Towle, 802 F.3d 1012 (9th Cir. 2015)--to the Moodsters.  The parties did not dispute that the Moodsters satisfied the first prong.  The second prong, however, was "an insurmountable hurdle" for these mood-swinging cuties, according to the Ninth Circuit.   In comparison to "consistently recognizably characters" such as Godzilla and James Bond (the court's examples, not mine), The Moodsters are not immediately recognizable as the same characters whenever they appear.  Stripping away unprotectable elements such as color or the notion of using color to represent a mood or emotion, what we are left with are two sets of Moodster characters (from 2007 and 2015) that look quite dissimilar from one another.  According the court, the earlier version of characters "have an insect-like appearance, with skinny bodies, long ears, and tall antennas."  In contrast, the second generation of Moodsters "look like small, loveable bears.  They are round and cuddly, have small ears, and each dons a detective’s hat and small cape."

"Wait just a minute," the discerning character-phile in you might ask, "doesn't the appearance of Godzilla, James Bond, and even the Batmobile (the "character" at issue in Towle) change significantly over time as well?"  Why, yes, they do.  But "physical appearance alone is not decisive," says the Ninth Circuit.  These three characters all have consistent, identifiable character traits, including “a prehistoric, fire-breathing, gigantic dinosaur alive and well in the modern world”; "cold-bloodedness, overt sexuality, [a] love of martinis ‘shaken, not stirred,’ marksmanship, [a] ‘license to kill’ and use of guns, physical strength, and sophistication”; and a “crimefighting car” that "consistently had jet-engines and far more power than an ordinary car, the most up-to-date weaponry, and the ability to navigate through landscapes impassible for an ordinary vehicle."  (Can you guess which description fits which character?)

The Moodsters, on the other hand, are consistent only in their five emotions and five colors.  Their names have changed at least three times.  Their characteristics are inconsistent over time.  Even their relationship to emotions has changed.  In the earlier iterations, each Moodster related to emotions in its defined way: Rizzi might become angry, whereas Snorf might become sad.  The "loveable bear" incarnations, however, acted as "mood detectives" to help a young boy uncover how he feels about situations in his life.  Taken together, the court concluded that "beyond the emotion it represents, each Moodster lacks comparable identifiable and consistent character traits and attributes across iterations, thus failing the second prong of the Towle test."

Finally, in addition to being inconsistent, the court also found that the character traits are not “especially distinctive” and do not “contain some unique elements of expression,” and therefore also fail Towle's third prong.  Unlike the Batmobile's "unique and highly recognizable name," each Moodster has had three different names.  The only unique attribute, according to the court, is that each Moodster represents a single emotion, which did not render them "especially distinctive."  In the end, "developing a character as an anthropomorphized version of a specific emotion is not sufficient, in itself, to establish a copyrightable character."

But, wait, there's more... Ok, so even if Daniels's characters fail the Towle test, the Ninth Circuit has a completely separate test for character copyrightability that, if satisfied, would provide copyright protection for The Moodsters.  It's called "the story being told" test, from Warner Bros. Pictures v. Columbia Broadcasting System, 216 F.2d 945 (9th Cir. 1954).  Essentially, as the name implies, if the character is effectively the story, as opposed to a character in the story, then that character is entitled to copyright protection the same way as the story.  Critically, however, "if the character is only the chessman in the game of telling the story he is not within the area of the protection afforded by the copyright."  The Ninth Circuit admitted that this is "a high bar, since few characters so dominate the story such that it becomes essentially a character study."  Alas, the Moodsters are not such characters.  They are not the story, says the court, but mere chessmen.

Nor is the ensemble of the five characters together eligible for protection under either of the tests.  The distinctiveness or degree of delineation of the characters is not changed by considering them as a whole, and therefore the ensemble is "no more copyrightable than the individual characters."

What have I learned today?  Other than the Ninth Circuit's obsession with multi-part tests--including more than one test for the same outcome--we learned that characters can be copyrighted, but not automatically.  While characters are not within the enumerated copyrightable subject matter under the Copyright Act, they have long enjoyed copyright protection.  Such protection will not attach, however, unless and until the author has established a consistent set of identifiable--and especially distinctive--character traits.  One wonders whether Daniels's mistake was in changing her characters over time, or in devising more than one version at all?  If she stopped tinkering in 2005, would protection have attached?  Perhaps, but she still would have needed some consistency, so simply one story with one set of characters is likely not enough.  So, when creating a character, settle on your unique character traits and stick with it.  Develop those traits well, and Judge Hand will be proud.  Even if it's not the next Batmobile, it may still be protected.

“Lightly sketched” characters . . ., without identifiable character traits, are not copyrightable. 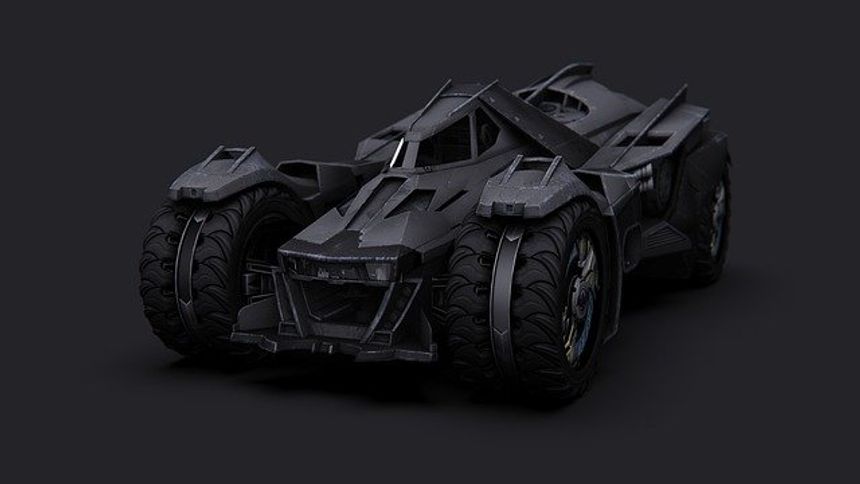