The Supreme Court issued an interesting decision in Georgia v. Public.Resource.Org, Inc. yesterday—decided by an unusual combination of judicial bedfellows—holding that the annotations in the Official Code of Georgia Annotated (OCGA) were not copyrightable under the so-called government edicts doctrine.  On April 27, 2020, a 5-4 decision of the Court (the majority consisting of Chief Justice Roberts and Justices Sotomayor, Kagan, Gorsuch and Kavanaugh) held that a work is not copyrightable if it's authored by a judge or a legislator acting in the course of his or her judicial or legislative duties.

WHAT WAS IT ABOUT?

The State of Georgia has one official code, the OCGA, which includes the text of every Georgia statute as well as a set of non-binding annotations that appear beneath each statutory provision.  Matthew Bender & Co., Inc., a division of the LexisNexis Group, is the primary drafter of the annotations pursuant to a work-made-for-hire agreement with the Georgia Code Revision Commission (the "Commission"), a 15-member state commission composed of 9 legislators.  The parties were largely in agreement that the Commission was the "author" of the OCGA for copyright purposes.

Public.Resource.Org (PRO) is a nonprofit dedicated to facilitating public access to government records and legal materials.  The Commission ultimately sued PRO for copyright infringement in the OCGA annotations after PRO posted the OCGA online and distributed copies.  The District Court ruled for the Commission that the annotations were copyrightable because they had not been enacted into law and therefore did not fall within the government edicts doctrine. The Eleventh Circuit reversed, however, rejecting the Commission's assertion of copyright ownership based on the appellate court's interpretation of the government edicts doctrine and a three-factor inquiry it devised to determine whether a work falls within that doctrine.  The Supreme Court affirmed the Eleventh Circuit's decision, albeit for different reasons.

THE GOVERNMENT WHAT? DOCTRINE

The government edicts doctrine dates all the way back to 1834, in a case called Wheaton v. Peters, and finished taking shape with a pair of decisions in 1888—Banks v. Manchester and Callaghan v. Myers.  The present case turns on the differing interpretation of these 19th-century cases by the (slim) majority and two dissents.   But since the majority rules, we'll start there.  Sparing you much of the drudgery of the Court trying to attribute greater meaning to decisions that may have been written next to an oil lantern, the Georgia v. PRO majority ultimately determined that the government edicts doctrine stands for the following: judges—and, as a result of this decision, legislators—are not the “authors” of the works they produce in the course of their official duties for the purposes of copyright law, and therefore those works are not eligible for copyright protection.  The "animating principle" behind this rule, the Court said, "is that no one can own the law."  Significantly, however—and this is where the majority and the dissent really differ—the majority held that the rule applies "regardless of whether a given material carries the force of law."

SO, THE OCGA IS A WORK AUTHORED BY THE LEGISLATURE IN THE COURSE OF ITS LEGISLATIVE DUTIES?

In a nutshell, yes.  The statutory annotations in the OCGA do not carry the force of law, but the Court said that doesn't matter.  The government edicts doctrine is a two-part inquiry: (1) Was the work created by a judge or legislator? (2) Was it created in the course of his or her judicial or legislative duties?  If the answer to both is yes, the work is not copyrightable.  That's it.

Even the answers to those questions, however, come with some debate in this case.  As to the first question, the majority held that the Commission was the "author" of the annotations under copyright law, and the Commission functioned as an arm of the Georgia Legislature in producing them—ergo, the author is the legislature.  The Court listed its reasons for reaching this conclusion, including:

As to the second question—were the annotations created in the course of legislative duties—the majority said "yes."  The Commission’s preparation of the annotations is, under Georgia law, an act of “legislative authority,” and the annotations provide commentary and resources that the legislature has deemed relevant to understanding its laws.  The Court's justification for this conclusion relied heavily on the 1888 Banks decision, which held that the "statement of the case" and the "syllabus or head note" prepared by judges fall within the “work they perform in their capacity as judges,” even though those sections are not part of the judicial ruling itself.  In other words, the work doesn't have to have the force of law, just done in an official judicial or legislative capacity.

WHAT ELSE DID GEORGIA ARGUE IN RESPONSE?

Several things, some of which I'll touch on briefly here given that the arguments were all rejected.  First, Section 101 of the Copyright Act specifically lists "annotations" among the kinds of works eligible for copyright protection.  Roberts nevertheless countered that the provision refers only to "annotations . . . which . . . represent an original work of authorship."  Under the government edicts doctrine, legislators producing works in their official capacity ARE NOT authors.  Therein endith the discussion.

Second, the Copyright Act explicitly excludes from copyright protection works prepared by federal government officials, with no similar rule for state officials. Georgia argued, therefore, that Congress did not intend the government edicts doctrine to apply to States.  But the Court dismissed this argument because that provision regarding federal government works is much broader than the government edicts doctrine and, thus, does not suggest an intent to displace the narrower doctrine with respect to the States.

Third, Georgia argued that the Compendium of U.S. Copyright Office Practices reflected the official position of the Copyright Office that the annotations must have the force of law to be uncopyrightable.  The Court disagreed once again, noting that the Compendium is a non-binding administrative manual that must only be followed to the extent it has the "power to persuade," and in any event it was largely consistent with the Court's position and any guidance arguably contradicting Supreme Court precedent was unpersuasive.

Ultimately, Roberts found policy concerns justified the Court's interpretation of the doctrine.  In particular, were the Court to side with Georgia's position, he foresaw a dichotomy between an “economy-class” version of the law—consisting only of bare-bones statutory language—and a “first-class” version—containing the annotations and judicial interpretations—the latter being unaffordable by the average citizen if States were allowed to hold a copyright in official annotations.  In other words, poor individuals (or, more realistically, poor lawyers) won’t have ready access to the full explanation of the law if States could charge for such access under the protection of copyright law.  As Roberts concluded: "Thankfully, there is a clear path forward that avoids these concerns—the one we are already on.  Instead of examining whether given material carries 'the force of law,' we ask only whether the author of the work is a judge or a legislator.  If so, then whatever work that judge or legislator produces in the course of his judicial or legislative duties is not copyrightable.  That is the framework our precedents long ago established, and we adhere to those precedents today."

A BRIEF WORD FROM THE MINORITY VIEW

Justice Thomas, joined by Justices Alito and Breyer, filed a dissenting opinion arguing that the majority's application of the government edicts doctrine to hold the OCGA annotations uncopyrightable was textually and precedentially incorrect.  Thomas argues that "it must follow from our precedents that statutes and regulations cannot be copyrighted, but accompanying notes lacking legal force can be."  Further, Thomas emphasized that it's up to Congress to make a legislative fix for this situation.

Justice Ginsburg, joined by Justice Breyer, also dissented, arguing primarily that while laws are not copyrightable, the annotations in the OCGA are not done in a legislative capacity and are, therefore, eligible for copyright protection.

AND THIS MATTERS BECAUSE...

Mainly because it's the Supreme Court and everything SCOTUS does carries greater meaning.  The immediate fallout from this decision may be, as Thomas states, the "shock to the 25 other jurisdictions—22 States, 2 Territories, and the District of Columbia—that rely on arrangements similar to Georgia’s to produce annotated codes."  And, although the majority's "authorship" approach seems straightforward, it comes with its own ambiguities.  There was little dispute in this case that the Commission was the "author" of the annotations.  But what if the annotations were created entirely by a private party and then the copyright in the annotations were subsequently assigned to a legislative body?  The legislators are almost certainly not “authors” in that instance, and the government edicts doctrine would likely not apply—do the annotations therefore remain copyrightable?  Taking it a step further, what if those annotations were subsequently approved by the state legislature and “merged” with the statutory text, as in the case of the OCGA? Are they copyrightable even after the Georgia v. PRO decision?  When you consider the facts of this case, it’s possible that the results of this decision are more narrow than some may anticipate.

Otherwise, this is primarily an insight into the Court's divided interpretation of century-old precedent based on a somewhat unique set of facts.  It’s not often (if ever) you see Roberts, Sotomayor, Kagan, Gorsuch, and Kavanaugh on the same side of a 5-4 split. It’s refreshing to see a divided decision not based (at least not entirely) on perceived political ideologies. I guess that’s why I find IP decisions enjoyable--or maybe it's just because I'm an IP geek.

Under the government edicts doctrine, judges—and, we now confirm, legislators—may not be considered the “authors” of the works they produce in the course of their official duties as judges and legislators. That rule applies regardless of whether a given material carries the force of law. 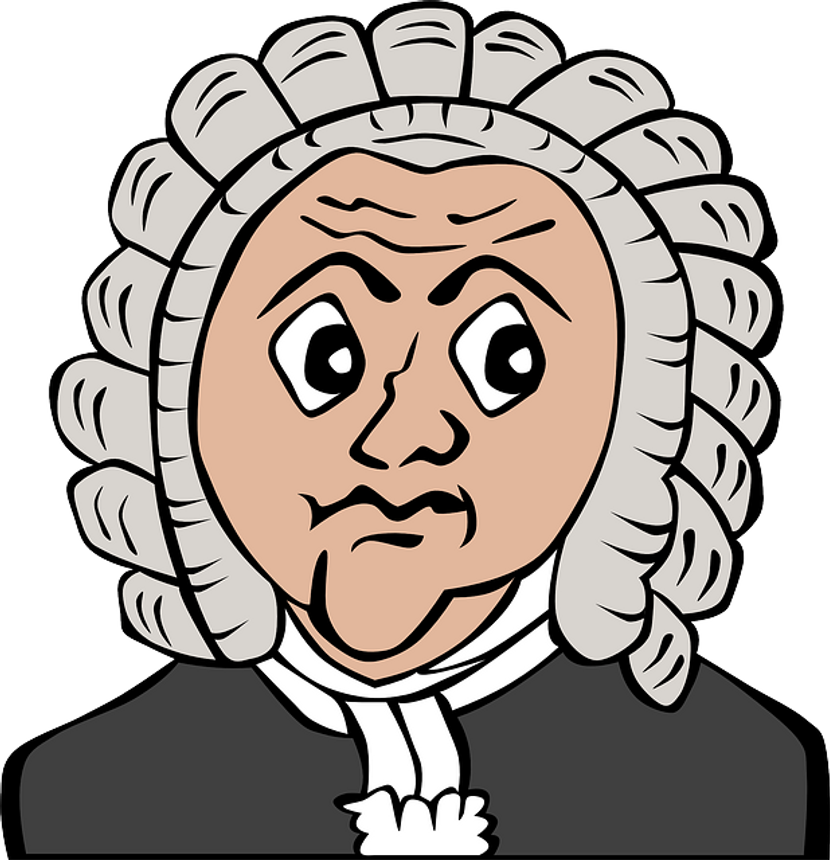