In a Precedential Decision released last week, the TTAB upheld Defendant Brooklyn Brew Shop’s Section 18 amendment to its goods identification and its laches and acquiescence defenses, ultimately finding against Plaintiff Brooklyn Brewery Corporation’s confusion claims for most of the Brew Shop’s goods.  This is an important case because it highlights how allowing a word mark (or other) application to register can come back and prevent a brand owner from objecting to a third party's expansion of its portfolio, sometimes years later.

Because the 70-page opinion is loaded with lengthy discussions on the affirmative defenses, confusion, and the Brewery’s separate primarily geographically descriptive claim, I’m going to dive a bit deeper and break my summary of this opinion into two parts.  Today, I’ll focus on setting the stage, the Section 18 amendment, and the affirmative defenses.  Later this week, I’ll discuss the ultimate findings on confusion and geographic descriptiveness.

Backstory.  Here’s what you need to know.  Plaintiff Brooklyn Brewery Corporation (based in Brooklyn) began selling its beers more than thirty years ago, and boasts that it is one of the oldest and largest craft breweries in the U.S.  It owns registered trademark rights in the word mark BROOKLYN for beer and in the word mark BROOKLYN BREWERY and a related design mark for beer and a variety of drinkware.

Defendant Brooklyn Brew Shop (also based in Brooklyn) began offering its beer making kits under the trademark BROOKLYN BREW SHOP in 2009.  Initially, the kits were sold at Brooklyn flea markets, but they eventually made their way online and to national retail establishments, such as Macy’s, Whole Foods, and Bed Bath & Beyond.  In 2011, the Brew Shop sought to register and obtained a registration for its BROOKLYN BREW SHOP word mark for beer making kits.

The Brewery learned about the Brew Shop in 2010, but didn’t object to its trademark at that time.  Rather, in or before 2011, the parties stared communicating regularly, often exchanging emails that acknowledged consumer confusion.  Among other things, in 2011, the Brewery’s communications coordinator emailed the Brew Shop, acknowledging that it was “somewhat regularly receiving emails/calls from people who have intended to contact Brooklyn Brew Shop” and “[o]bviously, it seems folks are simply confusing the somewhat similar business names… .”

The parties also began to collaborate.  Between 2011 and 2015, they offered co-branded beer-making kits (image at end of post), held promotional events for the co-branded kits, and appeared together at beer-related events.  According to the Brewery, the collaboration ended in 2015, when it learned that the Brew Shop had applied to register a stylized version of its word mark (below) for a wider variety of goods and services, including sanitizing preparations in Class 5, drinkware in Class 21, and beer making kits and beer in Class 32.  The Brewery opposed the new application and sought to cancel the existing registration for the BROOKLYN BREW SHOP word mark.

Section 18 Amendment.  Early during the opposition, the Brew Shop moved to amend its identification of goods to delete everything in Class 32, except for beer making kits.  The Board accepted the proposed amendment, over the Brewery’s objection.  Though judgment was then entered against the Brew Shop for the deleted goods, because the Brew Shop established that the amendment changed the nature and character of the goods, the judgment was not subject to res judicata.  Further, the amendment narrowed the goods in Class 32 to only those goods in the Brew Shop’s existing registration for its word mark, which aided the Brew Shop’s laches and acquiescence defenses.

Laches and Acquiescence Defenses.  The affirmative defenses of laches and acquiescence rarely factor into TTAB proceedings.  Among other things, laches cannot be used to avoid an opposition, because the relevant period begins to run when the application is published, leaving insufficient time for unreasonable delay.  What made this opposition different?  The fact that the Brew Shop had an existing registration for substantially the same mark and goods.  In other words, because laches was available as a defense to cancellation of the Brew Shop’s word mark registration for beer making kits, it also was a viable defense to opposition of the Brew Shop’s application for the stylized word mark, at least with respect to the newly narrowed Class 32 goods (beer making kits).

As for the second prong, the Board found that the delay materially prejudiced the Brew Shop because it continued to develop its rights and grow its business in reliance on the fact that the Brewery was aware of its name but did not object.

Turning to acquiescence, the Board further held that by virtue of the parties’ collaboration and the Brewery’s tolerance of confusion without objection, the Brewery “actively represented that it would not assert a right or a claim against [the Brew Shop’s] use of its BROOKLYN BREW SHOP mark in connection with beer-making kits.”  (NB: As I’ll discuss in my next post, the Board later found that that most of the alleged confusion was not actual confusion.  Query whether the Brewery should be charged with knowledge of confusion that the Board later determined was not actual confusion.  Perhaps the better argument on acquiescence is simply that the parties actively collaborated and that Brewery explicitly acknowledged the similarities in the name and potential for confusion without objection?)

In sum, the Brew Shop established both affirmative defenses of acquiescence and laches for its beer making kits.  For the remainder of the goods—sanitizing preparations and drinkware—the Board determined that laches did not apply because the goods were not substantially the same as the beer making kits in the word mark registration and the Brewery did not acquiesce to the Brew Shop’s use of its mark on those goods.

Take home.  More on the likelihood of confusion analysis soon, but for now, the take home is two-fold.  First, brands should think carefully before they allow a seemingly innocuous mark to register.  If later expansion of that mark into a broader portfolio could cause a problem, then brands should object.  Second, when encountering a new infringement, brands should always look to see whether the junior user has an application or registration.

Despite this harbinger of possible confusion as to "business names," the parties began to collaborate on projects related to beer making. 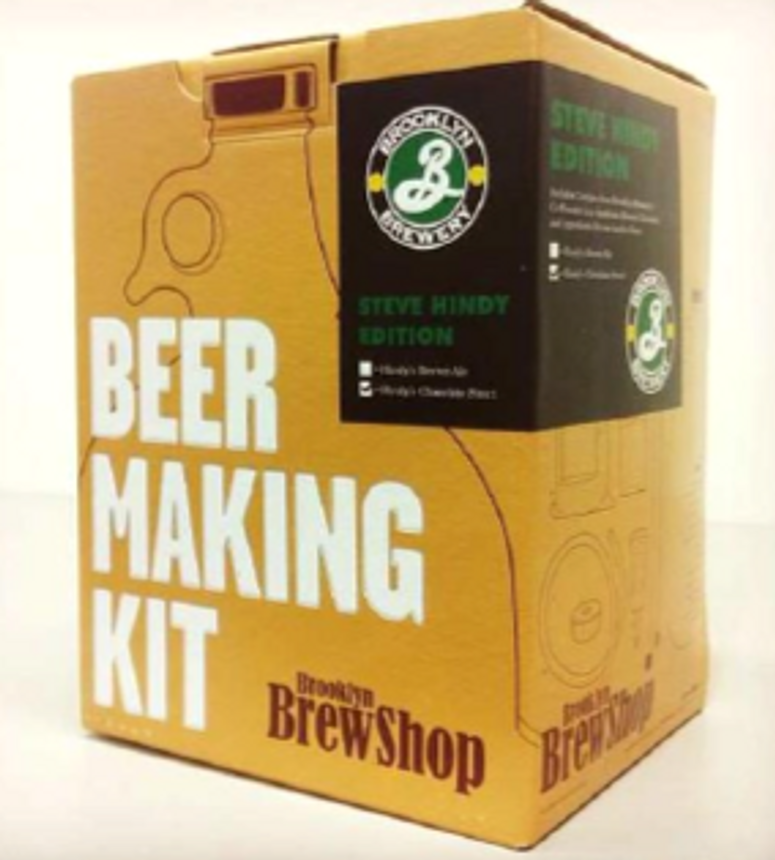