Pandemic Rule Number One: don’t touch your face.  Or, more specifically for purposes of this post, keep your fingers out of your mouth.  In 1952, when Kentucky Fried Chicken adopted its IT’S FINGER LICKIN’ GOOD slogan, there was no public health crisis and people weren’t being told to wear masks, sanitize everything, and keep their hands away from their faces.  Of course, all that changed earlier this year, and brands have been adapting ever since.

KFC is no different.  This week, it announced that it is “pressing pause” on its decades-old slogan, because it runs contrary to good public health habits. It released a video on YouTube showing the “FINGER LICKIN’” portion of its mark blurred out, so that it the only clearly legible words are IT’S GOOD.

Perhaps KFC will continue to use the full, clear slogan in some small way, in order to avoid any whiff of trademark abandonment.  If it does not, then the announcement that it is only pressing pause on the slogan—and not phasing it out entirely—is significant. As is the fact that the blurred “FINGER LICKIN’” on KFC signs still draws attention and is somewhat legible on KFC buckets. Pressing pause likely is not the same as intending to abandon a mark, a requisite element of abandonment. And, because at least some consumers will remember the full mark when they see the blurred versions, the goodwill in IT’S FINGER LICKIN’ GOOD likely will live on, even through the pandemic. 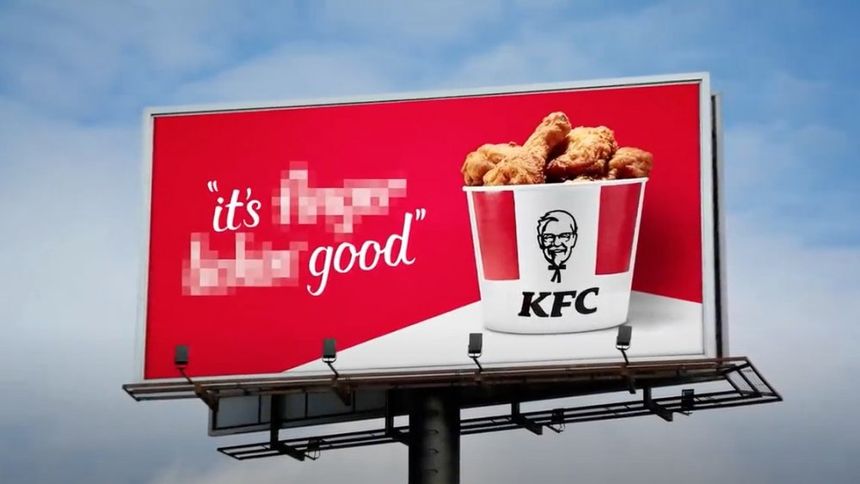