I’m not a Steelers fan (or even much of a football fan), but I have heard of the Pittsburgh Steelers' The Terrible Towel.  I learned this week that it has traversed the highest of mountains and deepest of seas, visited the wonders of the world, and even blasted off into space.  It commemorates championships, swaddles newborn babies, supports breast cancer, and adorns most major holidays.  Credited with helping the Steelers win the 1975 Big Game, it is a towel like no other.  And it does not take any flack from imitators.

The Terrible Towel was created by sports broadcaster Myron Cope, who registered the trademark THE TERRIBLE TOWEL as well as other marks containing THE TERRIBLE or TERRIBLE.  Through a series of assignments after Mr. Cope's death, the marks are now owned by The Eamon Foundation, a non-profit that licenses its trademark rights exclusively to the Steelers.

Last week, The Eamon Foundation sued Time In Apparel in Federal Court for trademark infringement, alleging that TIA infringed its rights in THE TERRIBLE TOWEL and other TERRIBLE marks by offering face masks bearing the phrase THE TERRIBLE MASK.  TIA's face masks featured the Steelers' team colors and stylized letters identical to those sported by The Terrible Towel for many decades.

Eamon further alleges that TIA responded to its cease and desist letter by claiming that it had a pre-existing agreement with Mr. Cope (dated 1978) to use the marks, but that it could not provide a copy or other evidence of that agreement.  Eamon disputes that any such agreement was ever reached.  Shortly after it filed the complaint, it sought a preliminary injunction.

As of the writing of this post, TERRIBLE MASKS seem to have been removed from TIA's website and replaced with a promise that "new and exciting face masks are coming soon!!"  Perhaps this suggests that the lawsuit will be settled shortly, giving The Terrible Towel yet another feather in its cap.

Due to more than 40 years of continuous use in connection with the Steelers, their visibility to fans viewing Steelers games in person or on television in Pittsburgh and/or other cities across the world, media articles about “The Terrible Towel®,” the distribution of “Terrible Towels” and other products bearing the Terrible Marks through numerous channels of commerce, and the stature of Mr. Cope, the Terrible Marks have become widely recognized by the general consuming public of the United States, and around the world. 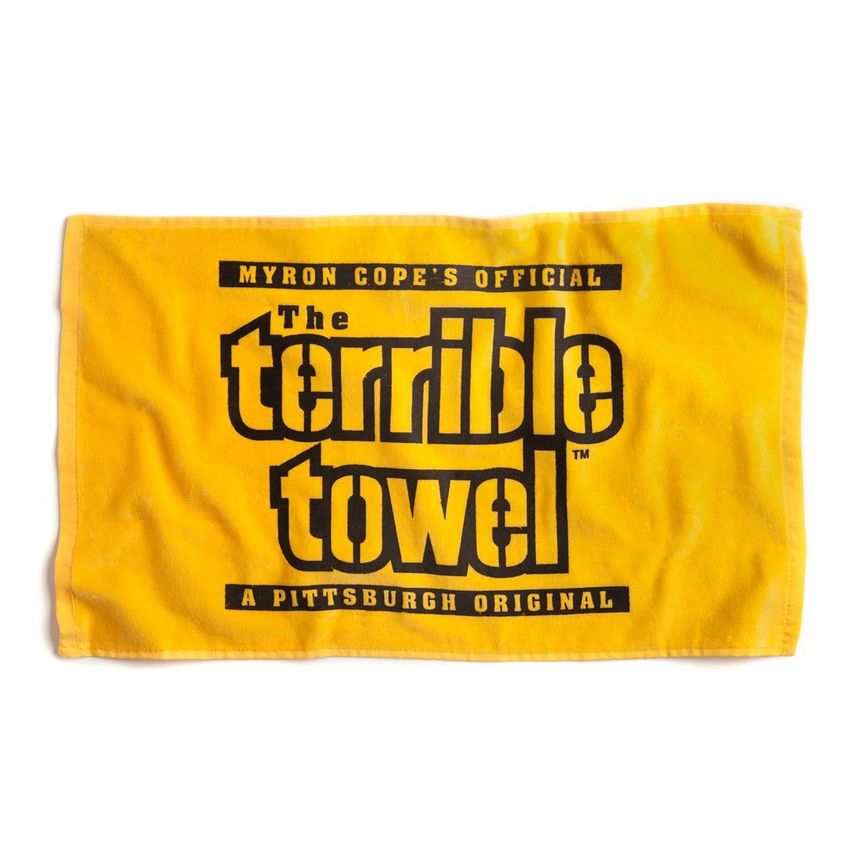