Electronic Arts, Inc. (EA) announced that they are developing EA Sports College Football in collaboration with Collegiate Licensing Company (CLC) to secure rights to use team names, stadiums, mascots, uniforms and traditions from NCAA Division I Football Bowl Subdivision schools. Immediately after EA’s announcement, Sen. Chris Murphy responded that he would “be introducing legislation soon to help players finally profit off their talent.”

Two days later Sen. Murphy and Rep. Lori Trahan introduced the “College Athlete Economic Freedom Act.” If enacted, the bill would provide a federal right for college athletes to profit from their name, image, and likeness (NIL) that cannot be limited by the NCAA, schools, or conferences. The bill would also allow athletes to organize and make group licensing deals through collective bargaining. If the NCAA, schools, or conferences interfere with athletes’ NIL rights, enforcement measures include a private right of action for athletes, antitrust penalties, and FTC oversight.

The NCAA was expected to vote on its own NIL legislation last month, but the vote was delayed after the DOJ expressed antitrust concerns with the proposal. (The NCAA’s proposal would allow schools to block athletes from deals that conflict with their schools’ deals). The impetus for the NCAA’s proposal was in part to preempt the various state laws that allow athletes to profit from their NIL and to allow the NCAA to limit NIL compensation from athlete endorsement opportunities. Several states have enacted their own NIL laws, including California, Colorado, Florida (effective July 1, 2021), Nebraska, and New Jersey, with more expected to follow suit.

This newest bill is just one of several recent attempts from federal legislators to address NIL compensation rights for college athletes. The “College Athlete Bill of Rights” and the “Collegiate Athlete Compensation Rights Act” were introduced in December of 2020, while the “Student Athlete Level Playing Field Act” and “Fairness In College Athletics Act” were introduced in months prior. It is unlikely that Congress will vote on this issue before Florida’s law goes into effect, but the Supreme Court is set to hear an NCAA athlete compensation case next month that could shape NIL policy for college athletes and amateur athletics.

Regardless of NIL legislation, EA plans to start development on its game without names and images of real college players while monitoring the ongoing NIL discussion. It has no timeline for release and is focused on creating college game play and an immersive virtual experience. It would be the first college football game since NCAA Football 14.

As technology continues to improve realistic graphics, many video game players expect the utmost authenticity in games. However distracting it may be to see virtual athletes who do not resemble real college athletes, misappropriation of publicity rights can create legal exposure without the proper licensing deals in place. Like EA and so many others, we will continue to monitor the ongoing developments in college athlete NIL policy.

If enacted, the bill would provide a federal right for college athletes to profit from their name, image, and likeness (NIL) that cannot be limited by the NCAA, schools, or conferences. 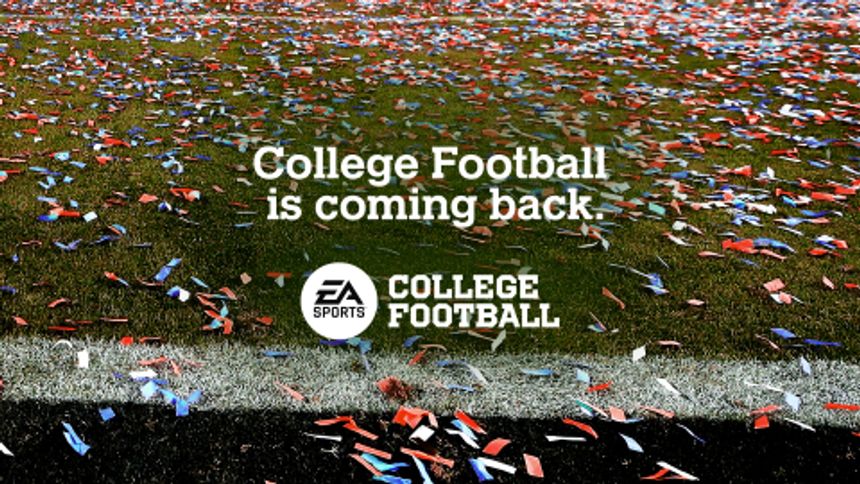