This post will describe recent developments in a Lanham Act/right of publicity claim brought by a "celebrity astronomer" named Dr. Lucianne Walkowicz, who claims that her rights were infringed by the promotion and sale by American Girl Brands (owned by Mattel) of a doll called Luciana Vega. On February 11, 2021, Judge James D. Peterson of the United States District Court for the Western District of Wisconsin issued an Opinion and Order, which can be seen here, in which he dismissed Dr. Walkowicz's right of publicity claim but permitted their Lanham Act claim to proceed.

Some background: When my daughters were young, we bought them several American Girls dolls. These were expensive toys, but they were compelling in that each doll represented some period in American history, and the dolls were accompanied by well-written books in which the dolls told their own stories. My kids liked the Kirsten doll. She was an immigrant from Sweden who settled in Minnesota. In more recent years, American Girls extended its collection to include contemporary dolls representing different ethnicities, races, and social classes and experiences.

The dolls now sell for more than $100 each, and the purchaser is likely to spend considerably more on the accompanying books, doll clothes, doll furniture, and other merchandise. True fans can drag their parents or caregivers to visit American Girl stores in Manhattan and a dozen other places where they can shop for additional accessories, attend nail and hairstyling sessions, and even "enjoy" a meal with their dolls at the American Girl Café.

So my curiosity was piqued when I learned that American Girls had been sued by Dr. Lucianne Walkowicz, who is described in the court's opinion as someone who "has achieved a measure of success as an astronomer." According to Wikipedia, Dr. Walkowicz is the chair of the Large Synoptic Survey Telescope (LSST) Transients and Variable Stars collaboration, is the founding director of the LSST Data Science Fellowship program, and is the fifth Baruch S. Blumberg NASA/Library of Congress Chair in Astrobiology in the John W. Kluge Center at the Library of Congress. Not your everyday plaintiff.

Dr. Walkowicz claims that among her considerable accomplishments she has presented a TED talk that has been viewed more than a million times in which she discussed her work on a NASA project studying the constellation Lyra, including the brightest star in that constellation, "Vega." Dr. Walkowicz further contends that in October 2016, American Girl entered into a contract with NASA to consult on the accuracy of its dolls and that shortly thereafter, "a NASA doll consultant" attended a conference at which Dr. Walkowicz presented. If you remember one thing from this post, it should be that NASA has doll consultants.

In 2018, American Girl began to market a "space-themed" doll named Luciana Vega and promoted her as its 2018 "Girl of the Year Doll." Luciana was sold wearing a "space themed pattered dress" and "holographic shoes" and American Girl offered accessories including a model telescope and a space suit. In the accompanying book, Luciana tells about her dream to become the first astronaut to travel to Mars. Too bad Matt Damon got there first.

Here is a picture of Dr. Walkowicz taken from her Wikipedia page and one of the Luciana Vega doll. You can't really see Dr. Walkowicz's purple streak but it's there in other photos. 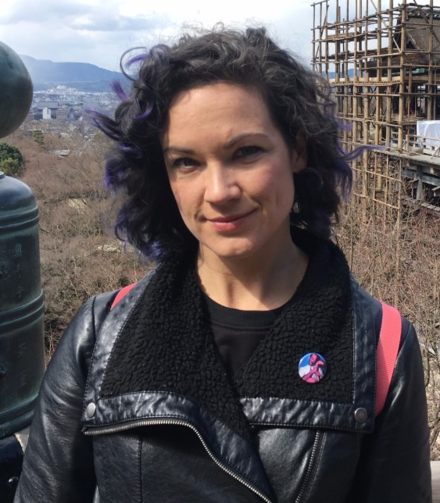 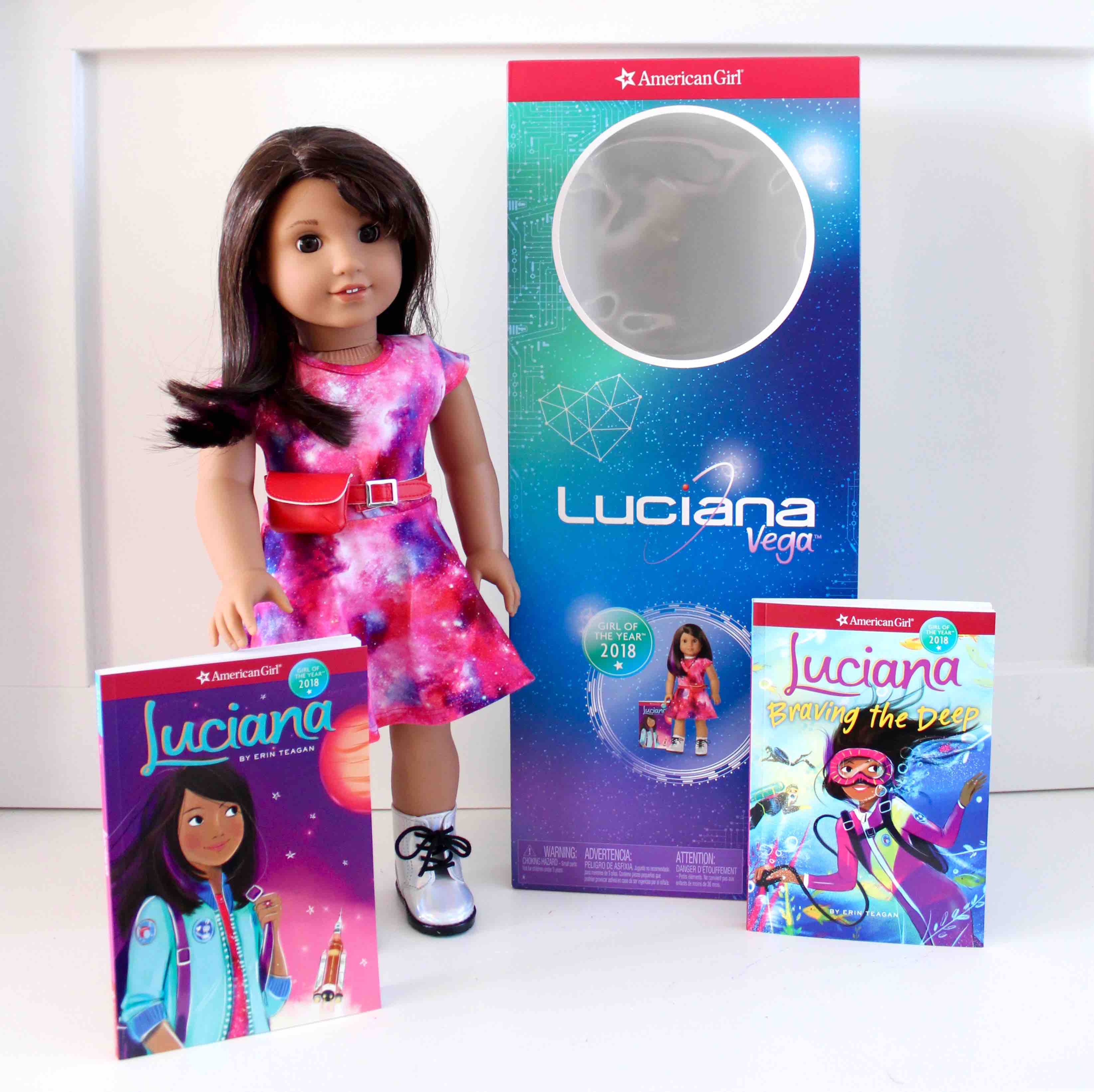 This brings us to the litigation. Dr. Walkowicz filed suit in 2020. American Girl moved to dismiss the Amended Complaint under FRCP 12(b)(6) on the ground that the facts as set forth in the amended complaint, even if true, were not sufficient to state a cause of action. In an Opinion and Order dated February 11, 2021, the court ruled that Dr. Walkowicz's Lanham Claim could proceed to the discovery phase. In so holding, the Court noted that the allegations in the complaint, taken as true, would support a claim that consumers could be confused as to whether Dr. Walkowicz endorsed or otherwise is affiliated with the Luciana Vega doll.

Among other things. Dr. Walkowicz pointed to her own recognition for scientific accomplishments, including her presentations about Mars exploration. She also alleged that she is aware of several incidents of actual confusion. So the Lanham Act claim will proceed, though Dr. Walkowicz may have a difficult time establishing that any significant number of people are likely to be confused into believing that she has anything to do with the Luciana Vega doll.

This brings us to the right of privacy (publicity) claim, which was dismissed. Dr. Walkowicz's claim was brought under Wisconsin law, which (modeled on New York's right of publicity statute) prohibits the unauthorized use of a person's "name, picture or portrait" for "advertising purposes or purposes of trade." Because of these connections with New York, courts applying Wisconsin law have held that New York law is relevant to any an analysis of any claim brought under the Wisconsin statute.

The Court noted that Dr. Walkowicz does not claim that Luciana Vega doll is a literal "portrait" or "picture" of her but rather that the combination of various aspects of the dolls' appearance and the accompanying accessories make the use actionable. But the Court, citing the 2018 New York Court of Appeals decision dismissing Lindsay Lohan's claims based upon a character that appeared in a Grand Theft Auto video game, held that other than the purple streak in her hair, Dr. Walkowicz cannot identify any bodily similarities between herself and the doll. The similarities in the manner of dress or other biographical characteristics have nothing to do with her visual appearance and therefore the Lohan case suggests that Dr. Walkowicz's claim should be dismissed.

The Court went on to reject Dr. Walkowicz's attempt to rely on the Ninth Circuit decision applying California law in which Vanna White successfully brought a right of publicity claim against an advertiser who portrayed a robot wearing a wig and jewelry at a Wheel of Fortune game show set. The Court noted that White's claims under California's statutory protections for the right of publicity were rejected, and that she only prevailed under California common law, where rights in her identity or persona were deemed to be protected. This holding was of no help to Dr. Walkowicz under Wisconsin's limited statutory protection, and in fact the rejection of White's claim under the California statute suggests the same result should apply in this case.

Next, the Court rejected Dr. Walkowicz's claim that similar clothing styles could support her claim, noting that in this case, there is no unique costume that can be specifically identified with the plaintiff and things like space-themed clothing or holographic shoes are not singularly identified with the plaintiff. The only alleged similarity, purple streaked brown hair, simply is not enough.

As we like to say at the end of these posts, stay tuned for further developments. And in the meantime, keep in mind that "Mars ain't the kind of place to raise your kids. In fact it's cold as hell. And there's no one there to raise them. If you did." 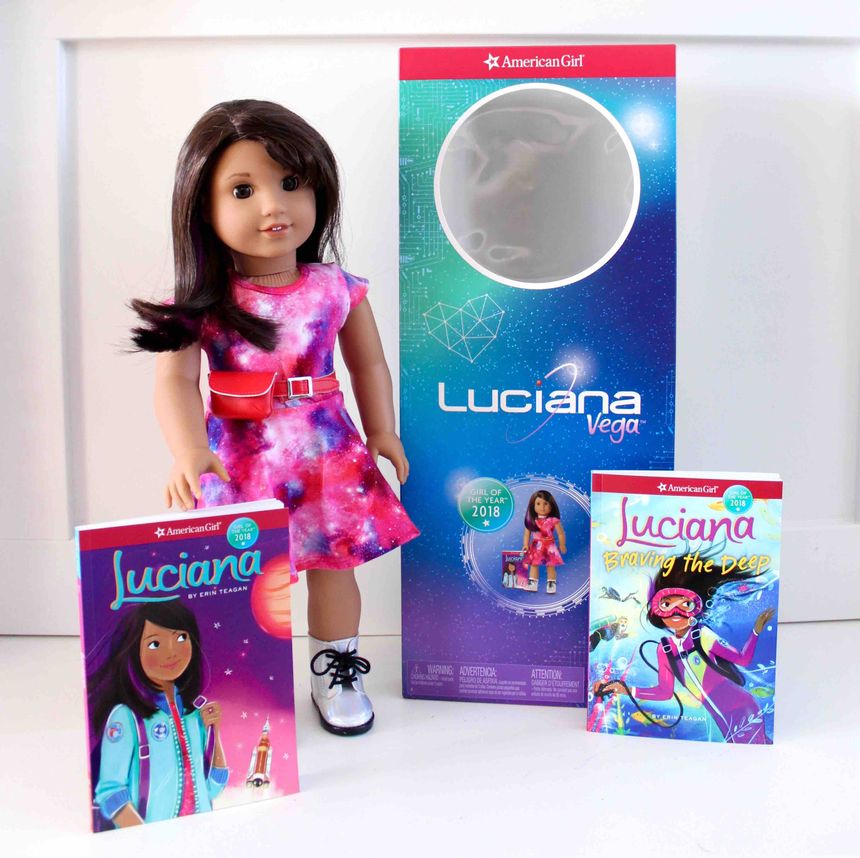