Sacha Baron Cohen is no stranger to litigation.  The creator of the Borat, Ali G and other characters has been sued on several occasions.  He has faced suits from unwitting participants in his films who claimed they were tricked into signing releases. He has been threatened with a lawsuit by the government of Kazakhstan arising out of the treatment of that country in the first Borat film.  He even has been sued for defamation by former Alabama Senator Roy Moore.

But now Baron Cohen is the plaintiff in a claim against a Massachusetts based Cannabis dispensary which used his image as the Borat character on a billboard that appeared on a Massachusetts highway. The plaintiffs in the suit include both Baron Cohen personally and also a company called Please You Can Touch, LLC ("PYCT") which owns the copyrights in the Borat films.  A copy of the Complaint can be found here.   Baron Cohen claims that the use of his likeness as well as of the catchphrase "It's Nice" infringes his right of publicity under Massachusetts law and that the billboard falsely or misleadingly implies his endorsement of the Cannabis dispensary in violation of Section 43(a) of the Lanham Act.  PYCT claims that the use infringes its federally registered copyrights in the Borat character. 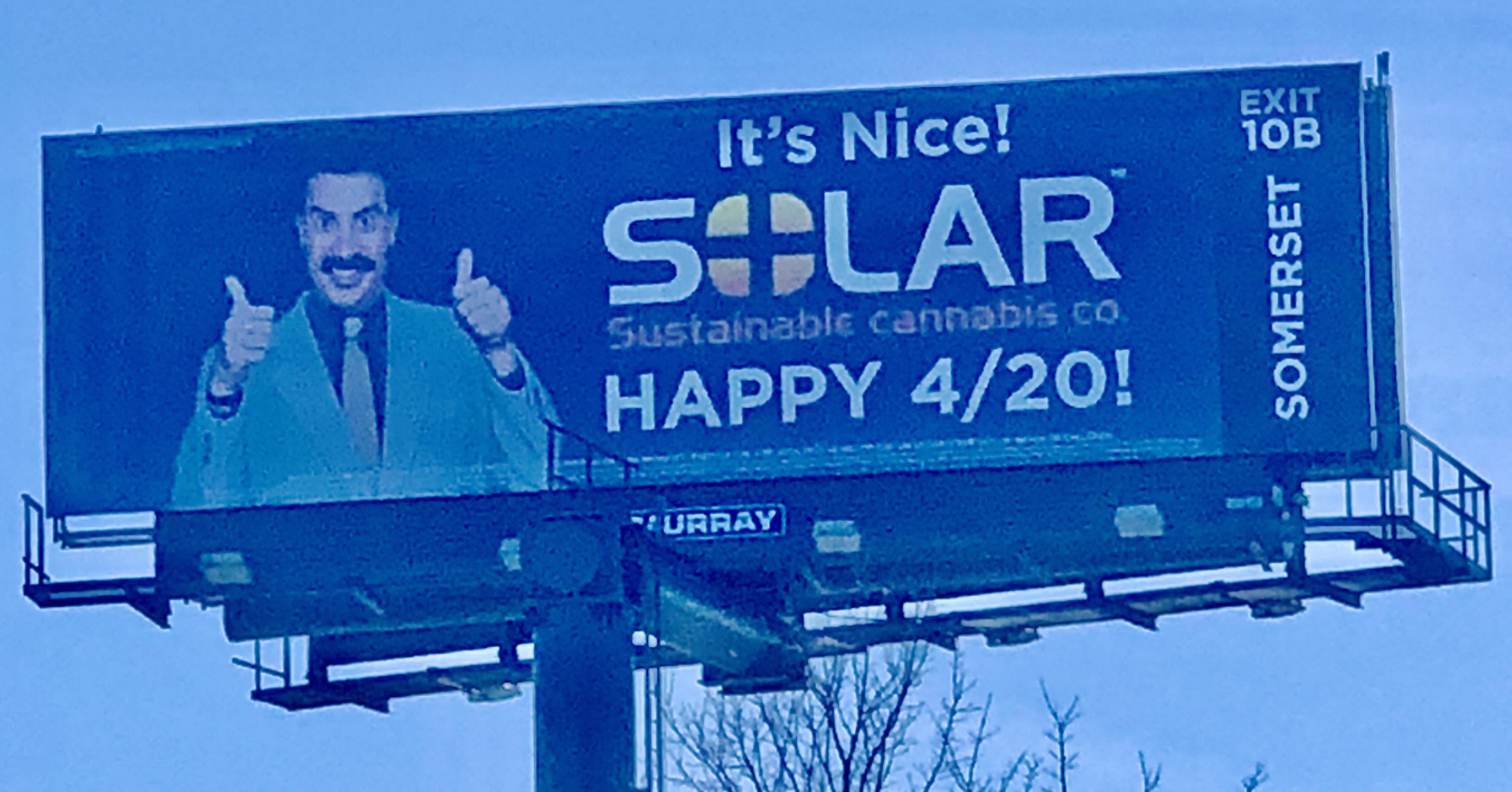 This does seem like a strong claim, but here are a few very preliminary thoughts and comments.

It also is interesting that the complaint includes a bit of moralizing that might come as a surprise to Borat fans.  Baron Cohen notes that he has never used Cannabis, that Cannabis remains illegal on the federal level and that as an Observant Jew, he does not want to become involved in "the heated controversy among the Orthodox Jewish community about whether cannabis can be used under Jewish traditions, customs and rules...."

Baron Cohen claims more than $9 million in damages for these alleged infringements.  No matter how this one turns out, it is very risky to make commercial use of a celebrity's image, even where the use might be considered to be in good fun.

"The unlawful actions by the Defendants amount to a willful and conscious disregard of the rights of Mr. Baron Cohen and PYCT, are knowingly false, and are intentionally designed to capitalize on the goodwill, recognition, and fame associated with Mr. Baron Cohen and his Borat character.

Hooray For The Public Domain: A Prequel To The Great Gatsby Sees The Light Of Day!
Edward H. Rosenthal