For those of us who are hip hop fans, Biz Markie’s death at the age of 57 last month was a tragedy on many levels.  Born Marcel Theo Hall, the New York-born-and-bred Biz Markie was responsible for some of our most beloved, if not downright silly, hip hop moments.  I mean, who among us doesn’t love Markie’s wailing, off-tune rendition of Freddie Scott’s “(You) Got What I Need” while dressed up in a cheap Mozart wig and awkwardly hovering over a cobwebbed Steinway & Sons like an insane shopping mall pianist?

Markie can be credited with some of hip hop and R&B’s most notable records and cultural anthems, particularly from the 1990s.  We could all wonder what Mary J. Blige’s “You Remind Me” would be without the reworked drum sample from Markie’s “Biz Dance Part 1.”  Or Wu-Tang Clan’s “Ain’t Nuthing Ta F’ Wit” without the beat they lifted from Markie’s “Nobody Beats the Biz.”  Or Beastie Boys’ and Q-Tip’s “Get It Together” without the sample from Markie’s “A One Two.”  In many ways, Markie placed the cherry atop many of our favorite rap sundaes.

But what most people don’t know—or remember, depending on your generation--is that when it came to modern day copyright law, Markie was also a prophet of sorts.

It’s not that he wanted that title.  Back in 1991, he was, along with Warner Brothers Records, Inc., among the unhappy defendants in Grand Upright Music Ltd. v. Warner Bros. Records, Inc., 780 F. Supp. 182 (S.D.N.Y. 1991), the well-known and oft-cited decision that stands for what is now an elemental provision in copyright law: if you sample someone else’s material in your song, you better get permission.

The case centered on “Alone Again,” another light-hearted, pitchy chanson about Markie’s love woes.  But the problem was that Markie had used the hook and melody from another, slightly less light-hearted, break-up song, “Alone Again (Naturally)” by the writer and singer Raymond “Gilbert” O’Sullivan.  And Markie knew he was playing it slick; he had actually contacted O’Sullivan and O’Sullivan’s agent to get a license to use the copyrighted material, but after O’Sullivan rebuffed his request, he went and used the material anyway.

Judge Kevin Thomas Duffy was not having it.  In an opinion spanning just a handful of pages, Judge Duffy rejected each one of Markie’s rather creative defenses.  He excoriated Markie’s counsel for trying to prevent the admission of the relevant copyright certificates because they had not been “authenticated” by the then-dissolved copyright holder, NAM Music, Inc.  (Apparently counsel’s use of the word “authenticate” had nothing whatsoever to do with self-authentication of public records under Federal Rule of Evidence 902.)  He also lambasted Markie’s lawyers for objecting to the admission of evidence about the transfer of the copyrights on the grounds that the transfer documents were without legal effect under an outdated reading of copyright law.  He was also furious that Markie and his co-defendants had disputed that the plaintiff, Grand Upright Music Ltd., was actually the current owner of the copyrights, even after O’Sullivan directly testified to that fact.  Finally, Judge Duffy railed against Markie and his co-defendants for failing to get the samples cleared when they knew they were supposed to, as evidenced by a letter Markie’s lawyers wrote to one of his co-defendants complaining that it should have been the one to clear the samples before releasing “Alone Again.”

The court’s wrath was remarkable, to say the least.  Judge Duffy started his opinion by quoting that most pithy, yet profound biblical axiom, “Thou shalt not steal.”   And he ended it just as dramatically, actually referring the matter to the U.S. Attorney in S.D.N.Y. so that—no joke—Markie and his co-defendants could be criminally prosecuted.  (For those struck by the racial implications of all of this, you’re not alone.)

Luckily, the U.S. Attorney didn’t end up bringing charges against Markie, perhaps on the conclusion that it wasn’t worth spending taxpayers’ money to do so.

But Markie got the hint.  Ever the trickster, he released another album two years later, in 1993, whose cover art showed him dressed up in not one, but two ridiculous costumes this time: one version of Markie was clad in stripped prisoners’ jumpsuit pleading from the witness stand, while the other was dressed in robes and a bench wig behind the judge’s bench and a sign that read, “The Honorable Biz Markie.”  Markie’s was clearly declaring that from now on, he would be taking his copyright destiny into his own hands.  The name of the album, you ask?  The only thing it could have been: All Samples Cleared!

We will miss you, Biz Markie.

If you sample someone else's material in your song, you better get permission. 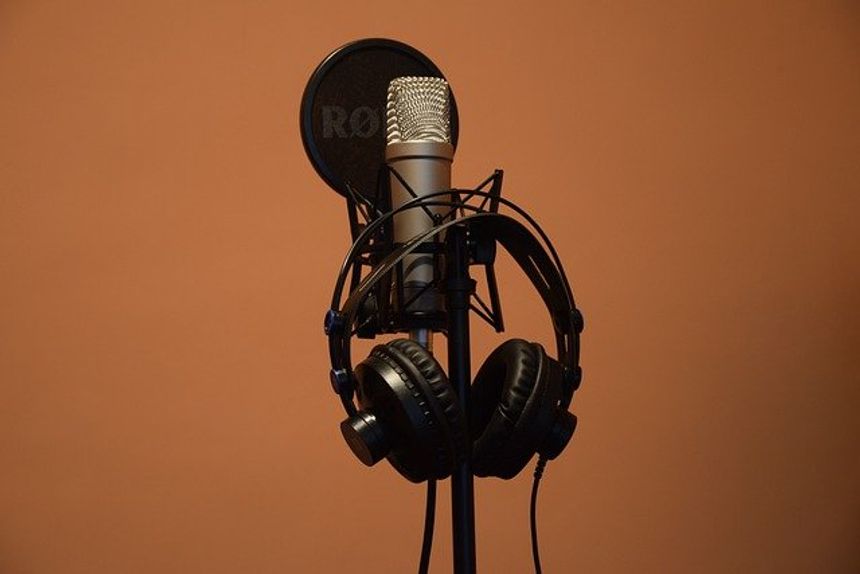