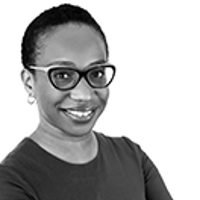 Political candidates have long used pop songs in their visual and audio campaign materials.  For example, anytime I hear Katy Perry’s hit song “Roar,” I am reminded of Hillary Clinton’s 2016 presidential run. But what happens if a campaign fails to get permission to use a song in its materials? If a campaign plays a song in a political video, for example, is the use of the song transformative and thus fair use? Last week, a New York federal judge answered not necessarily.

The Grant lawsuit actually stems from last year’s presidential election (yes that was only last year!).  On August 12, 2020, Trump posted on his personal Twitter account an animated video endorsing his campaign for reelection.   According to the Court’s opinion, the video opens with a high-speed red train bearing the words “Trump Pence KAG [Keep America Great] 2020.”  After the train passes, Eddy Grant’s song “Electric Avenue” begins to play along with one of President Joe Biden’s speeches. “Electric Avenue” was one of the biggest songs of the 80s, spending five weeks at number two on Billboard Magazine's Top 100 Chart, and is a certified platinum hit.

A day after Trump posted the animated video, Grant sent Trump a cease and desist letter, demanding that the Trump refrain from any other infringement of Grant’s copyright.  Grant then filed suit in September 2020, and Trump moved to dismiss in November 2020, asserting the affirmative defense of fair use.

Well, Judge Koeltl did not buy any of Trump’s fair use arguments, and spent most of the opinion discussing the first fair use factor: purpose and character of the use, which includes the transformative use analysis.  Trump argued that the animated video’s use of “Electric Avenue” was transformative because the song and video serve different purposes: the video is political and the song is not.  Judge Koeltl, however, said that this argument “misapprehends the focus of the transformative use inquiry”:

"While it is true that the animation is partisan political commentary and the song apparently is not, the inquiry does not focus exclusively on the character of the animation; rather, it focuses on the character of the animation's use of Grant's song. As the Second Circuit Court of Appeals recently stated [in Andy Warhol]: ‘where a secondary work does not obviously comment on or relate back to the original or use the original for a purpose other than that for which it was created, the bare assertion of a higher or different artistic use[] is insufficient to render a work transformative.'"

In other words, the video’s underlying political commentary does not necessarily mean Trump’s use of Grant’s work was transformative. Further, the Court notes that “Electric Avenue” is “instantly recognizable” because the video retains the essential elements of the song.  In this way, the video’s creator could have used any other song without affecting the political message of the video.

Judge Koeltl does acknowledge that “[t]here is some inherent tension between the promotion of valuable political satire and the copyright protections of the existing art that satirists may wish to use as source material.”  But using a song in a political campaign does not necessarily make the use political or transformative.

Judge Koeltl spends less time on the last three prongs of the fair use analysis, finding that they all cut in favor of Grant.

It’s My Party And I’ll Sue You If I Want To: The Reagan Foundation Sues Over Use Of Marks On Trump-Supporting Website
Glenda Dieuveille
Recent posts from IP & Media Law Updates