SweetWater Brewing makes an excellent pale ale.  And while I admit that that I’m a little curious (skeptical?) about their almond milk stout, it is SweetWater’s primary brand—the rainbow trout logos that appear on the pale ale—that are at the center of a battle over whether SweetWater owns the copyright in its own trademarks:

Earlier this month, SweetWater filed a lawsuit in federal court, asking the Court to declare that it—and not the logos’ designer, Ray Scott Fuss—owns or has an implied irrevocable license to the copyright in the trout designs.  According to the complaint, Fuss, a graphic designer and family friend (now former friend?) of a SweetWater founder created the trout designs in 1996.  SweetWater paid Fuss’s $500 invoice and incorporated the designs into its logos and other branding, while Fuss remained a company “insider”, reaping whatever benefits that provided and enjoying a front row seat to watch the growth of SweetWater’s business and its use of the logos.

Fast forward to 2020, when SweetWater was acquired by Aphria (which then merged with Tilray).  Shortly thereafter, Fuss started sending SweetWater letters, purporting to revoke any existing copyright licenses and requesting additional payment for the trout designs, all based on his claim to own the copyright in those designs.  Fuss also sued SweetWater founder Fredrick Bensch in state court and, in that complaint, made similar allegations along with a demand that SweetWater pay $31 million dollar payment to a trust account.  (The $31 million seems to be derived from the $92 million valuation given to SweetWater IP in the sale.)  All of this led Sweetwater to ask the federal court to declare that it can continue to use its own trademarks.

The dispute highlights how important it is for brand owners to nail down not just trademark rights, but the ownership of any copyrights in their logos.  This is especially important if the logos are created by someone other than an employee and, thus, may not be considered works for hire that are  automatically owned by the company.  The case raises a number of other interesting questions about the intersection between copyright and trademark law.  We’ll report on developments as they come about.

This case concerns a drawing of a trout, which Defendant asserts is worth tens of millions of dollars. This trout drawing is not a Rockwell or a Monet, but a Ray “Scott” Fuss original, drawn in 1996 for SweetWater, a brewery that had yet to produce a single bottle of beer. 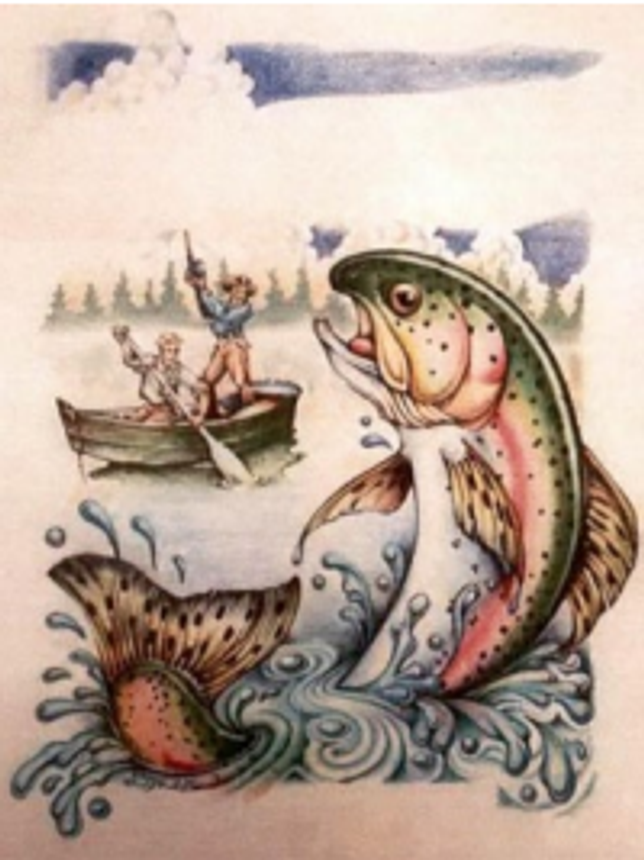