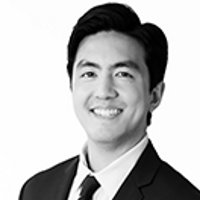 Many websites and Internet-based services rely on standard click-through terms and conditions, often referred to as “browse-wrap agreements”. These agreements usually provide that the service provider may amend the browse-wrap agreement at any time, and a user’s continued use of the website or service is considered consent to the amendment. The general industry practice is to provide notice to users of an amendment via email without requiring affirmative acknowledgement or consent to the amendment. However, in Sifuentes v. Dropbox, Inc., a recent decision from the Northern District of California, the court found this standard practice to be insufficient to bind a user to the amendment. It’s an important decision for media and entertainment companies. Here’s what happened.

In Sifuentes, the court ruled that Dropbox’s method of mass-emailing users to provide notice of amendments to Dropbox’s terms of service, without requiring some other “action, such as clicking a button or checking a box”, is insufficient to find that the user agreed to the amendment. David Angel Sifuentes signed up with Dropbox in 2011 and affirmatively agreed to Dropbox’s terms of service, which at the time did not include an arbitration provision. On March 24, 2014, Dropbox modified its terms of service to add an arbitration provision and provided users with an option to opt-out of the arbitration provision; Sifuentes continued to use Dropbox’s services through this period. Dropbox provided notice to Sifuentes of this change via email but did not require any further actions from Sifuentes. When Sifuentes sued Dropbox in 2020 for various claims arising out of a data breach that occurred in 2012, Dropbox moved to compel arbitration pursuant to its modified terms of service. Citing 9th Circuit precedent, the court ruled that Dropbox cannot enforce any amendments to its terms of service that Sifuentes did not affirmatively agree to. Sifuentes, slip op. at 6–8 (citing Berman v. Freedom Financial Network, LLC, 30 F.4th 849, 856 (9th Cir. 2022)). In Berman, the 9th Circuit required two elements to both be met in order to make a website’s terms and conditions enforceable: “(1) the website provides reasonably conspicuous notice of the terms to which the consumer will be bound; and (2) the consumer takes some action, such as clicking a button or checking a box, that unambiguously manifests his or her assent to those terms.” Berman, 30 F.4th at 856 (emphasis added). In finding in favor of Sifuentes, the Northern District of California applied this standard to amendments to a website’s terms of service as well.

In reaching this decision, Sifuentes stands out as an outlier as other courts have found amendments to browse-wrap agreements enforceable without some type of affirmative consent from users. While there may now be inconsistent decisions on what is required to enforce a browse-wrap agreement, the U.S. District Court of the Northern District of California is an influential federal district court and ignoring Sifuentes comes with risks. Moving forward, Internet-based service providers need to be aware that only emailing users with notices of updates to the terms of service may be insufficient to bind the users to the amended terms. In light of Sifuentes, the best practice may be to require users—the next time they log in—to click a box demonstrating affirmative consent to the amended terms of service.