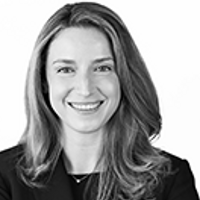 On August 30, a Virginia judge found Virginia’s obscenity law, Virginia Code § 18.2-384, unconstitutional and dismissed Petitions seeking to have two books, A Court of Mist and Fury by Sarah J. Maas and Gender Queer by Maia Kobabe, found obscene.  Tommy Altman, a local politician, brought the Petitions, shortly before losing his bid for the Republican congressional primary.  The Petition against A Court of Mist and Fury alleged that the book contained sexual content that was inappropriate for minors, as the “extreme sexual conduct” in the book “exert[ed] a dominant perverse theme to promote felonious sexual encounters.”[1]

Following oral argument on August 30, 2022, Judge (Ret.) Pamela S. Baskervill, who heard the case after all acting Virginia Beach Circuit Court judges recused themselves, dismissed the Petitions, finding that they failed to allege sufficient facts that the books were obscene under Virginia Code § 18.2-384.  She then went a step further, finding that the statute was unconstitutional for a number of reasons, including that it authorized a prior restraint, imposed a presumption of scienter in violation of the First Amendment, and failed to clearly identify the relevant parties to the proceeding and to provide an equal right to appeal for all aggrieved parties in violation of due process.

The decision is significant amidst a nationwide effort to ban books in schools.  While book bans are on the rise, obscenity challenges directly against publishers, authors, and booksellers have been almost unheard of for decades.  The case presents interesting procedural and constitutional issues for practitioners.

Book Bans and the History of Obscenity

The effort to ban books has reached an “unprecedented” pace across the country.[3]  From July 1, 2021, to March 31, 2022, PEN America reports that there were 1,586 instances of individual book bans, affecting 1,145 book titles.[4]  Politicians increasingly use book banning as a hot topic for campaigns, especially in Virginia, where the concept of “parental rights” remains a rallying cry for conservative politicians.[5]

Book bans have also been the subject of lawsuits by groups impacted by the bans.  In Texas, a group of local library members, sued officials alleging that the banning of certain books from libraries violated their First Amendment and the Due Process rights.[6]  In Missouri, the ACLU brought an action in the district court for the Eastern District of Missouri, on behalf of a group of students, arguing that their school district’s ban on eight books, including those by Toni Morrison and Jonathan Evison, violated their First Amendment rights.[7]

While these book banning efforts usually take the form of bans at the school-level,[8] the Virginia case represented a direct legal attack on books (and their authors and publishers).  While attempts at banning books have been rare over the past 50 years, that was not always the case.  Prior to the late 1950s, publishers frequently faced the threat of prosecution for books containing “improper” ideas.[9]  Books such as Leaves of Grass, by Walt Whitman and Ulysses, by James Joyce were often targeted on obscenity grounds.  The Supreme Court’s evolving obscenity standard, which began in its 1957 decision in Roth[10] clarified obscenity law and slowed the filing of proceedings.  By the mid-1960’s, prosecutions against books had effectively ended.[11]

Virginia Code Section 18.2-384 was enacted in 1960.[12]  The statute allows any Virginia citizen to institute a proceeding in a Virginia circuit court for an “adjudication of the obscenity of [a] book.”  Va. Code § 18.2-384(A).  Once a Petition is filed under Section 18.2-384, the court must review the book and determine whether there is “probable cause to believe the book is obscene.”  Va. Code § 18.2-384(C).  The statute generally follows the definition of obscenity set forth by the Supreme Court in Miller v. California, 413 U.S. 15 (1973), which looks at: (1) whether the average person applying contemporary community standards would find the work, taken as a whole, appeals to the prurient interest; (2) whether the work depicts or describes, in a patently offensive way, sexual conduct specifically defined by the applicable state law; and (3) whether the work, taken as a whole, lacks serious literary, artistic, political or scientific value.

If the court finds there is probable cause that a book is obscene, the court must issue an order to show cause, and “[o]n or before the return date specified in the order to show cause, the author, publisher, and any person interested in the sale or commercial distribution of the book may appear and file an answer.”  Va. Code § 18.2-384(C) and (F).  The action then proceeds to a “prompt hearing” during which the court hears evidence including:

The artistic, literary, medical, scientific, cultural and educational values, if any, of the book considered as a whole; 2. The degree of public acceptance of the book, or books of similar character, within the county or city in which the proceeding is brought; 3. The intent of the author and publisher of the book; 4. The reputation of the author and publisher; 5. The advertising, promotion, and other circumstances relating to the sale of the book; 6. The nature of classes of persons, including scholars, scientists, and physicians, for whom the book may not have prurient appeal, and who may be subject to exception pursuant to subsection G.

If the court determines that a book is obscene, “any person who publishes, sells, rents, lends, transports in intrastate commerce, or commercially distributes or exhibits the book, or has the book in his possession with intent to publish, sell, rent, lend, transport in intrastate commerce, or commercially distribute or exhibit the book, is presumed to have knowledge that the book is obscene.”  This provision seemingly applies to all persons whether or not they had notice of the notice of the proceeding—as the statute is “intended only to establish scienter.”  Va. Code § 18.2-384(K) and (M). [13]

Mr. Altman brought two Petitions—one against A Court of Mist and Fury, which named Bloomsbury Publishing, as the publisher, and Ms. Maas as the author, and a separate Petition against Gender Queer, which named Oni-Lion Forge Publishing, as the publisher and, Maia Kobabe as the author.  On May 18, 2022, Mr. Altman moved for a temporary restraining order to stop the sale of the books in Virginia.  On May 18, Judge Baskervill granted Petitioner’s orders to show cause.  Judge Baskervill found that there was probable cause that A Court of Mist and Fury and Gender Queer were “obscene for unrestricted viewing by minors.”  Bloomsbury Publishing and Ms. Maas, and Oni-Lion Forge Publishing and Maia Kobabe, respectively, were named on the show cause orders.  Mr. Altman also filed a notice of hearing on the temporary restraining.  Mr. Altman served the notice on Barnes & Noble and counsel for the Virginia Beach School Board.  Mr. Altman later withdrew the request.  Bloomsbury Publishing and Ms. Maas, Oni-Lion Forge Publishing, Maia Kobabe, and Barnes & Noble filed motions to dismiss the Petitions and to vacate the show cause orders.  The respondents requested briefing and argument on their legal defenses to the Petition, including arguments that Virginia Code § 18.2-384 was unconstitutional.

In their motions to dismiss the Petitions, respondents raised a variety of legal challenges to the Petitions and statute.  In particular, respondents argued that the Petitions failed to allege that either book was “obscene” under Virginia law and the Miller test, and that the relief sought by the Petitions—a finding that the books were “obscene for unrestricted viewing by minors”—was not available under Virginia law.  Virginia has a separate harmful to juveniles statute, Virginia Code § 18.2-390.  Interestingly, that statute was not at issue in this proceeding—presumably because the statute does not authorize any citizen to bring an action under that statute, like Virginia Code § 18.2-384.  Respondents also identified constitutional issues with the statute itself, including that the statute was unconstitutional on its face in that it acted as a prior restraint, and because the statute failed to require notice to all parties and then imposed a presumption of scienter on those parties in the sale of materials adjudged to be obscene.

The Court granted the motions to dismiss and vacated the show cause orders, ruling from the bench at the August 30 argument.  Judge Baskervill held that the Petitions failed to allege sufficient facts regarding why the books were obscene and that the court lacked subject matter jurisdiction because Virginia Code § 18.2-384 did not permit the Court to make a determination that the books were “obscene as to minors.”  Judge Baskervill also held that Virginia Code § 18.2-384 is unconstitutional on its face for the reasons argued by respondents.  Judge Baskervill explained that it was “very clear” to her that “there were due process problems with the statute,” because she could not ascertain that she had everyone before the court “whose situation would be impacted by the ruling.”

Because the Judge decided the case on these dispositive issues, she did not need to reach the issue of whether the books were obscene as a matter of law. The Petitioner did not appeal the Court’s Order.

As attempts to ban books continue across the country, practitioners may see more lawsuits filed against books under state obscenity statutes.   And while Virginia’s (unconstitutional) statutory scheme may have been unusual, we may see states aggressively and “creatively” attempt to pass legislation that would impact the rights of adults and children to read what they like.  Practitioners representing authors, publishers, and booksellers should be prepared to consider challenging the constitutionality of such statutes on First Amendment and Due Process grounds, given how well-established the Supreme Court precedent is in those areas.

This article is for general information purposes and is not intended to be and should not be taken as legal advice.

[9] See generally Robert Corn-Revere, The Mind of the Censor and the Eye of the Beholder – The First Amendment and the Censor’s Dilemma 21-25, 40-51 (Cambridge, UK: Cambridge University Press, 2021).

[13] “It is expressly provided that the petition and proceeding authorized under this article, relating to books alleged to be obscene, shall be intended only to establish scienter in cases where the establishment of such scienter is thought to be useful or desirable by the petitioner; and the provisions of § 18.2-384 shall in nowise be construed to be a necessary prerequisite to the filing of criminal charges under this article.”  Va. Code § 18.2-384(M).

While these book banning efforts usually take the form of bans at the school-level, the Virginia case represented a direct legal attack on books (and their authors and publishers). 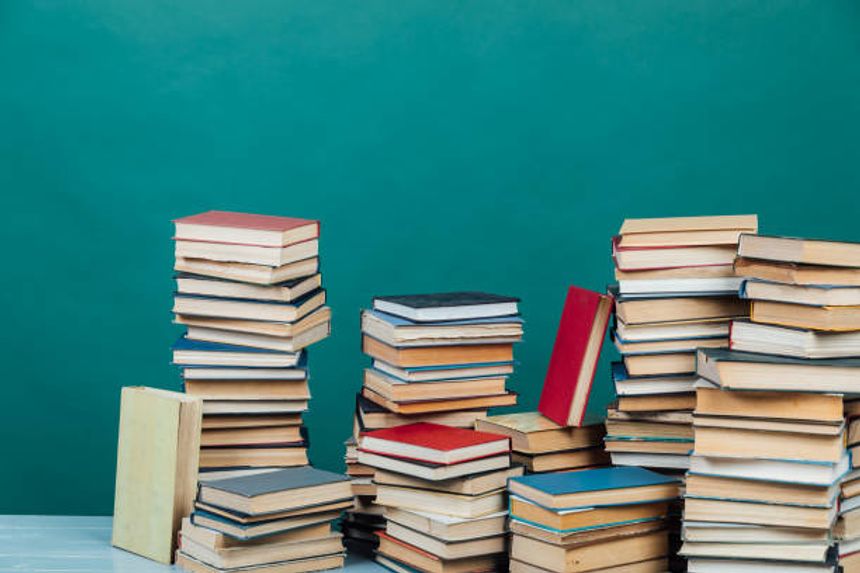 How did book-banning efforts become so widespread? What's next for this movement? @clairemoses asks @xanalter & Elizabeth Harris these questions and more for The Morning at @nytimes: https://t.co/zXvMhZY2Bh

More posts by the authors