In February 2018, we wrote a detailed summary of the procedural background of the case and Judge Block’s decision (available here), and in September 2019 we summarized the parties’ oral argument before the Second Circuit (available here). In a nutshell, in 2013, numerous aerosol artists sought to stop real estate developer Gerald Wolkoff and his real estate entities from destroying their aerosol works that were affixed to the developer’s warehouses located at the 5Pointz site. The artists brought their claims under VARA, which provides certain “moral rights” to visual artists, allowing artists to prevent the intentional distortion, mutilation, or other modification of their works if such changes will harm their honor or reputation, and to prevent destruction of works of “recognized stature” (and any intentional or grossly negligent destruction of such work is a violation of that right).

By decision dated February 12, 2018, Judge Block held that 45 of the 49 works were of “recognized stature.” In making this finding, Judge Block noted that these works were selected for permanence and prominence by the 5Pointz curator, and the artists’ portfolios showed that their works were noted in films, television shows, newspaper articles, blogs, online videos, and on social media, as supported by expert testimony. According to Judge Block, Mr. Wolkoff’s whitewashing, without notice or a waiver of rights from the artists, was an infringement of the artists’ moral rights. The court found the whitewashing “willful,” and awarded maximum statutory damages in the amount of $6,750,000.

On appeal, a panel of three judges, Hon. Barrington D. Parker, Hon. Reena Raggi, and Hon. Raymond J. Lohier, Jr., unanimously affirmed Judge Block’s judgment in favor of the artists.  First, the Second Circuit held that Judge Block correctly determined that temporary artwork may achieve “recognized stature” under VARA and that the aerosol artists’ work had achieved that stature.  Second, the court held that the district court did not err in finding the defendants willfully violated VARA or abuse its discretion in awarding $6.75 million in statutory damages.

Recognized Stature.  The main contention between the parties on appeal was whether the aerosol works at issue were of “recognized stature.”  Per the Second Circuit, “a work is of recognized stature when it is one of high quality, status, or caliber that has been acknowledged as such by a relevant community.”  “The most important component of stature will generally be artistic quality.  The relevant community will typically be the artistic community, comprising art historians, art critics, museum curators, gallerists, prominent artists, and other experts.”  In order to avoid courts (who are trained in law, not art) themselves assessing the worth of visual art, “expert testimony or substantial evidence of non-expert recognition will generally be required to establish recognized stature” apart from the “rare case where an artist or work is of such prominence that the issue of recognized stature need not be tried.”

Applying this standard, the Second Circuit found no clear error in Judge Block’s determination that the artists demonstrated that their works achieved recognized stature.  Per the Second Circuit, the defendants could not, as they must, show that Judge Block abused his discretion or show that his findings of fact were clearly erroneous – rather, they were merely asking the appellate court to reconsider decisions by Judge Block that were “debatable” (not clearly erroneous).

The defendants argued that VARA does not apply to the aerosol works because the underlying protocol at 5Pointz was that the works were generally intended to be temporary and the site curator would allow one artist’s works to be painted over by another.  Rejecting this argument, the Second Circuit noted that nothing in VARA excludes temporary work from attaining recognized stature.  In enacting VARA, Congress provided a “highly specific definition of visual art,” thereby narrowing the scope of the statute.  Applying any additional requirement not stated expressly in the statute (such as a requirement of permanence) would “upset the balance achieved by the legislature.”  Moreover, the court noted that The Gates, an iconic temporary installation by Christo and Jeanne-Claude in Central Park, clearly is a work of recognized stature that would have been protected under VARA, and that a hypothetical Banksy painting at 5Pointz, even if subject to overpainting, would similarly achieve recognized stature.  (So how long does a temporary work have to exist to obtain VARA protection?  According to the court, as long as it meets the Copyright Act’s fixation requirement, it is conceivably eligible for VARA protection.)

The court rejected the defendants’ argument that there can be no VARA protection because the artists knew that 5Pointz may eventually be torn down, so they should have expected their work to be destroyed.  The Copyright Act dictates the obligations of a property owner for works incorporated into buildings – (a) if the art cannot be removed without being destroyed, then the property owner must obtain a written instrument signed by the artist and the building owner specifying that installation may subject the work to “destruction, distortion, mutilation, or other modification, by reason of its removal.” Alternatively, if the work can be removed safely, then the property owner must give the artist written notice of the planned demolition and allow the artist 90 days to remove the work or pay for its removal.  The problem: the property owner did none of this.

Damages.  As to the defendants’ challenge to the statutory damages award, the Second Circuit found no clear error in Judge Block’s ruling that the property owner had acted willfully in whitewashing the artists’ works.  The property owner was advised by counsel, but opted to whitewash the building rather than provide the statutory notice and wait three months.  Even more troubling to the Second Circuit was the property owner’s decision to whitewash the artwork in the first place, since there was no business need to do so (demolition had not commenced at that time).

The Second Circuit found that Judge’s Blocks decision to award the artists $6.75 million (the maximum amount of $150,000 in statutory damages for each of the 45 works) – was not an abuse of discretion.  The Second Circuit analyzed each of the six factors considered in setting the amount of statutory damages: “(1) the infringer’s state of mind; (2) the expenses saved, and profits earned, by the infringer; (3) the revenue lost by the copyright holder; (4) the deterrent effect on the infringer and third parties; (5) the infringer’s cooperation in providing evidence concerning the value of the infringing material; and (6) the conduct and attitude of the parties” and agreed with Judge Block’s finding that the property owner “rings the bell on each relevant factor.”  Notably, the court found that the sixth factor weighs in favor of the maximum statutory award due to the property owner’s misrepresentations to the trial court.  During the preliminary injunction phase, the property owner testified that he stood to lose millions of dollars in credits and possibly the entire project absent prompt demolition.  In later testimony, the property owner stated that, at the time of the preliminary injunction hearing, there was at most a “possibility” that a delay would have caused him financial loss.  At trial, the artists established that the property owner had not even applied for a demolition permit until four months after the whitewashing, and that the property owner suffered no loss for the delay.  Judge Block noted that, had the property owner not made the material misrepresentations at the outset of the case, he would have granted the artists the preliminary injunction.

The 5Pointz case shows that property owners must carefully consider the rights of artists whose works are integrated into the buildings located on their property, and that any failure to honor artists’ moral rights can result in expensive litigation, and even multi-million dollar verdicts. Although some parts of the 5Pointz case are sui generis in light of the amount of works located at the former 5Pointz site and the behavior of the defendants, and the case potentially is subject to further review by the Supreme Court, property owners and artists alike should be mindful of the following key points:

"Recognized Stature” Is a Fluid Concept: The 5Pointz case shows that the test for achieving “recognized stature” under VARA is a fluid concept: the work does not have to be recognized in the traditional sense (such as academic review or museum exhibition) to be protected under VARA. Street art and temporary installation art are eligible for VARA protection.  To establish recognized stature, an artist generally must submit expert testimony or substantial evidence of non-expert recognition.

Waivers and Notice Can Prevent Liability for Real Estate Owners: As discussed above, under VARA, there are two ways that property owners can avoid liability for removing artwork “integrated” into their buildings on or after June 1, 1991. First, property owners can obtain a document signed by both the artist and the building owner which specifies that installation of the work may subject the work to destruction, distortion, mutilation or other modification by reason of its removal. Such an instrument is an option only when the artwork cannot be removed from the building without being damaged. Second, if the artwork can be removed from the building, the property owner should provide written notice to the artist that she will have 90 days to remove her artwork. If the artist does not act within the 90-day period, the building owner can remove the artwork without liability. As it may not always be clear at the outset whether a work will be removable, property owners should proceed with caution and consider procuring the signed notice or a more encompassing VARA waiver from the artist in advance of an art installation.

Unsanctioned Art:  While 5Pointz only involved sanctioned street art (it was all painted with the defendants’ consent), the Second Circuit elaborated on how street art is now recognized as a form of contemporary art, and opined that a Banksy work surely would have recognized stature.  While some have questioned whether unsanctioned street art is protected under VARA, arguing that it should be treated differently from sanctioned artwork, there is nothing in the Copyright Act that carves out these works from VARA protection, and the Second Circuit’s opinion expressed a reluctance to impose additional requirements that are not contained in the statute.  But in the case of unsanctioned street art, a property owner has no opportunity to present anything for the artist to sign prior to installation.  Conversely, if the artwork can be removed, must she really provide the notice and wait 90 days before removing it?  Perhaps this is all academic, and a property owner would be happy to have street art that qualified for recognized stature on her property.  But it certainly raises interesting questions concerning the applicability of VARA (a statute drafted prior to the widespread recognition of street art as a type of fine art) to this growing category of art property. 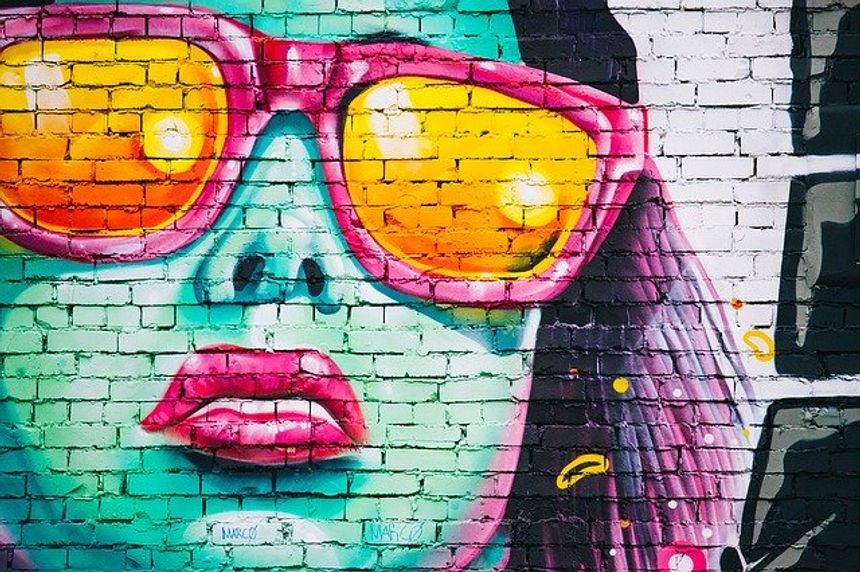