A federal judge in Brooklyn recently dismissed a lawsuit filed by a street artist who painted a well-known mural in Bushwick and the subject of that mural accusing a film producer and its distributors of violating the artists’ rights under the Copyright Act, the Lanham Act, and state right of publicity law.   The court summarily dismissed the claims under the Copyright Act and the Lanham Act, and refused to hear the state-law claim.  Here’s what you need to know.

The Mural and the Film

Plaintiff Ta’Kaiya Blaney is an “indigenous activist,” actress and singer-songwriter. Plaintiff LMNOPI is an artist and activist known for making works promoting social justice and human rights.  LMNOPI created a mural depicting Blaney (the “Mural”), which is located on a building at the intersection of Wycoff and Starr Streets in Bushwick, Brooklyn.

In January 2018, the plaintiffs learned the Mural appeared, without their permission, in an action thriller film entitled Bushwick.   The film, which was produced by defendant XYZ Films, premiered in 2017, and after a theatrical release, was later distributed for streaming.

Defendants moved to dismiss the Complaint under Fed. R. Civ. P. 12(b)(6) for failure to state a claim.

By decision dated March 30, 2020,  Judge LaShann DeArcy Hall of the Eastern District of New York agreed with the defendants, and dismissed the case.

By her copyright infringement claim, LMNOPI asserted that the Film infringed the Mural because the Mural was featured in 3.5 seconds of the opening scene of the Film in full-screen shot and perfect focus.  The artist claimed that she never would have approved the inclusion of the Mural in the Film because the Film’s message (an action thriller) is antithetical to the Mural’s message of peace.

The court dismissed LMNOPI’s copyright infringement claim for two reasons.  First, the use of the Mural in the Film was not actionable because it was a de minimis use. The court ruled that LMNOPI’s characterization of the defendants’ use of the Mural was overstated.  The Mural was in the Film only one time, for 3.5 seconds out of a 93-minute film.  Contrary to the plaintiff’s contentions, the Mural was at all times in the background – a red pickup truck obscured at least one third of the Mural, and an actress in the foreground of the shot also obscured the Mural.

The False Endorsement and Right of Publicity Claims

As to the plaintiffs’ false endorsement claim, the court held that the plaintiffs failed to allege any plausible facts showing that the inclusion of the Mural in the Film would confuse consumers into believing that the plaintiffs sponsored, endorsed, or were otherwise affiliated with the Film.   The Mural is only depicted briefly in the Film, and several other murals are also featured in the Film.  Additionally, the Film itself displays trademarks associated with its production and distribution companies, further underscoring the lack of potential consumer confusion.  The court held that LMNOPI’s false endorsement claim was duplicative of her nonviable copyright claim, and was dismissed for this further reason.  As to Blaney’s right of publicity claim, the court declined to exercise supplemental jurisdiction over it.

A number of street artists have brought intellectual property claims with some success over recent years, including most notably the 5Pointz case (covered here), in which the plaintiffs were awarded over $6 million in damages. In this instance, the court summarily dismissed this claim on an early dispositive motion.  In any case, we can assume that we will continue to see many more cases involving street art, an increasingly popular form of art, continue to wind their way through the courts. 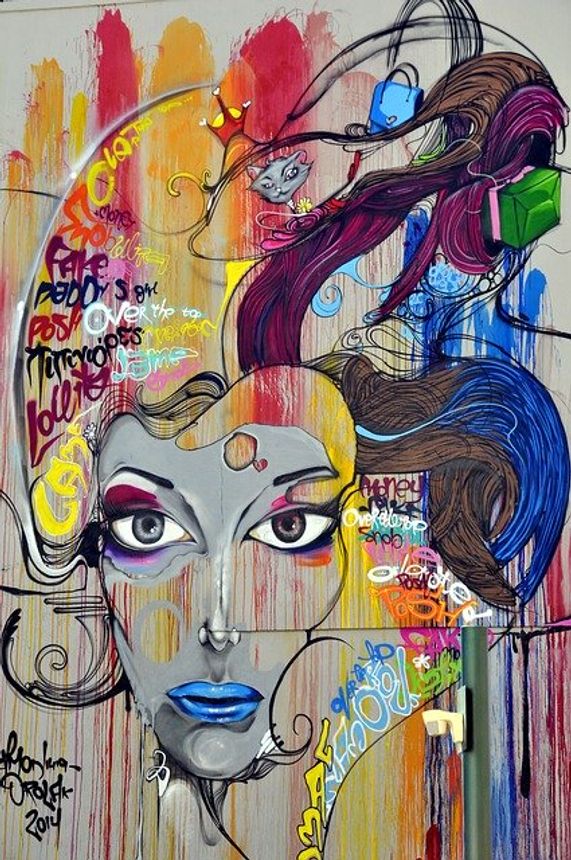