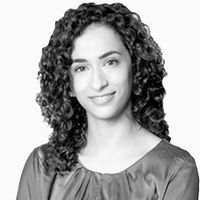 Glossier, the cult-favorite minimalist makeup brand, is the proud new owner of a federal trademark registration for the color pink as used on its product packaging.

Specifically, the company obtained a registration for the pink interior of its packaging (a blush shade commonly referred to as "millenial pink"). The registration covers the color "as applied to the inner surface of portions of boxes that contrast with the color of the rest of the boxes, which form packaging for the goods," as depicted below: 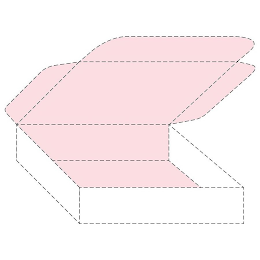 Followers of our IP blog already know that single-color marks on product packaging are not considered inherently distinctive under federal trademark law. Instead, in order to obtain a federal trademark registration in a single-color mark, a trademark owner must establish that the mark has acquired distinctiveness in the eyes of consumers. (Contrast this with the Federal Circuit's recent decision in In re Forney finding that multi-color marks on product packaging can be inherently distinctive).

As we've discussed on this blog before, proving acquired distinctiveness in a color is a high bar, and not many brands have managed it (notable examples include Tiffany Blue and Post-It Yellow).  How did Glossier pull it off?

- Devoted customers: Glossier submitted 98 sworn declarations from customers attesting "that they immediately recognize the color pink as applied to only the interior of a box" to indicate "that the cosmetics and skincare products [therein] originate from Glossier and not from any other source."  You can see those declarations here.

- Advertising: Glossier also submitted examples of its advertising, including on social media, that included pictures of the pink interiors of Glossier's shipping boxes.

- Third-party content:  Glossier also submitted several pages of evidence showing that their customers often post pictures of the pink interiors of Glossier's shipping boxes to celebrate the arrival of products they ordered from the company (these included a perhaps unsurprising number of photos in which customers' cats were lounging inside the boxes).

- Media coverage: Perhaps most persuasively, Glossier also provided evidence of media coverage of their product packaging, including specific references in articles about the company to their use of pink in connection with their boxes.

More noteworthy than what they did include, however, is what they did not include.  Glossier's Office action response did not include any evidence of their advertising or sales figures.  Despite that, the Trademark Office considered the evidence Glossier did provide as persuasive evidence that their use of pink inside their shipping boxes had acquired distinctiveness.  Glossier's Office Action response provides a useful touchstone for any other brands who are interested in protecting a single-color mark and want to consider what evidence they might need to gather.