Plaintiff Jawad Elatab is described in his complaint as "a professional photographer in the business of licensing his photographs to online and print media for a fee." (In other words, he's a paparazzi.) Defendant Hesperios, without permission, posted on its Instagram channel a photo that plaintiff had snapped of Bella Hadid looking positively stunning in a Hesperios ensemble. The post included the caption "@Bellahadid in our Lou tank and Lou Bel skirt knit set in fawn brown. Coming soon for Fall, although available now in summer colours.” Here's the post in its entirety (from the complaint): 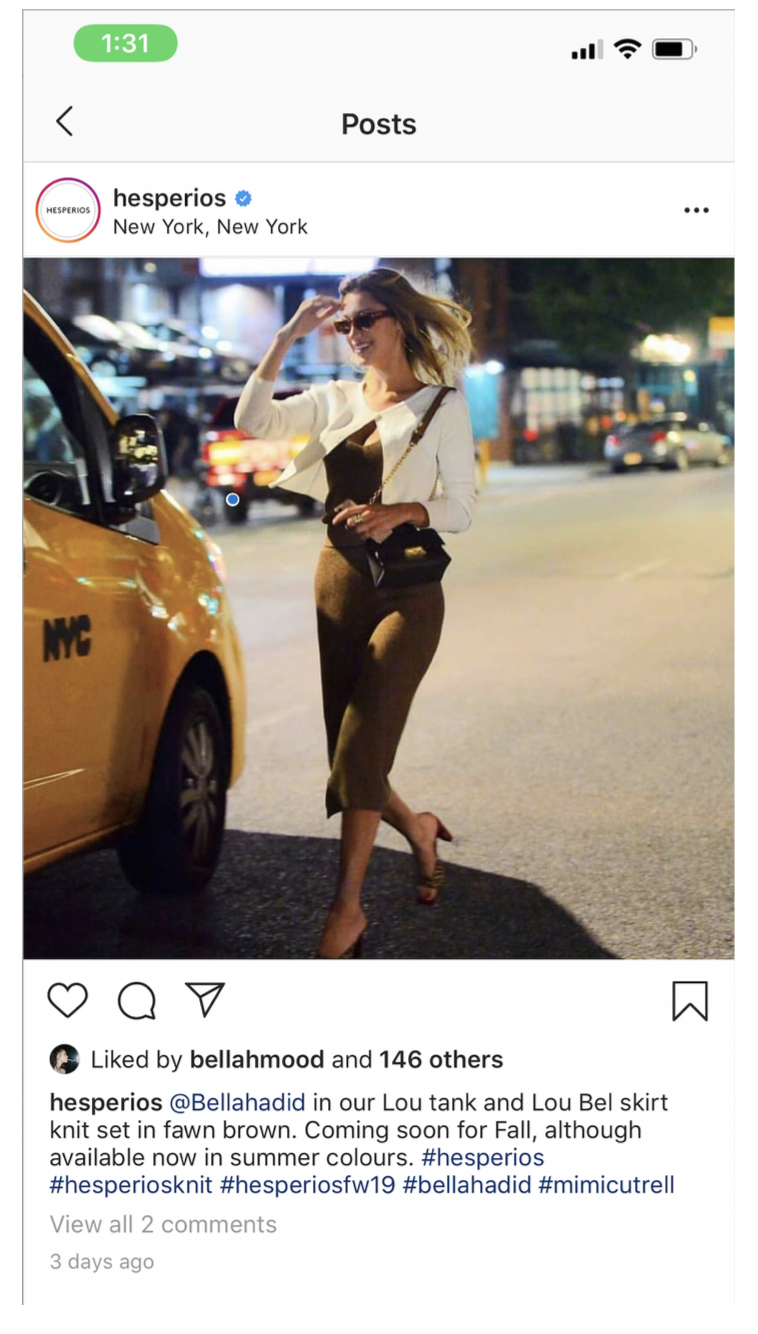 Plaintiff (represented by Richard Leibowitz) sued for infringement, and the defendant moved to dismiss under Federal Rule of Civil Procedure 12(b)(6), arguing that the use of the photo constituted a fair use or, in the alternative, was de minimis. The court denied the motion.

It's not not easy to get a court to dismiss a complaint on fair use grounds, so the result here is not a huge surprise. Here's a rundown of the court's analysis of the statutory factors.

1. Purpose and Character of the Use. Drawing all inferences in favor of the plaintiff (as required on a motion to dismiss), the court could not conclude, as a matter of law, that Hesperios' use of the photo was transformative. The photo was posted without any modification; there was no commentary from Hesperios; and, despite its claims otherwise, Hesperios didn't (at least expressly) invite its followers to provide commentary on the photo. "While commentary and critique have been considered fair use, the Court cannot credit Defendant’s assertion that its posting of the photo alters the original message of the photograph." Moreover, Hesperios failed to demonstrate that it had used the photo for any purpose other than "for commercial use to advertise its clothing": the post's caption expressly identified the products worn by Hadid and told followers that they were “available now in summer colours.”

2. Nature of the Copyright Work. The second factor weighed against a finding of fair use since the photo was a creative (rather than factual) work.

3. Amount and Substantiality. Because Hesperios used the photograph in its entirety and without modifications, the third factor also weighed against a finding of fair use. "Defendant’s argument that the full use of the photograph was required because the purpose of the photograph was to invite its members to comment is bellied by the actual Instagram post in which Defendant advertises its clothes that are being worn by the model in the photograph and provides it viewers with when it will be available."

4. Potential Effect of the Use on the Market or Value. Drawing all inferences in plaintiff's favor, the fourth factor also weighed against fair use since Hesperios' posting of the image to promote its clothing has the potential to supplant plaintiff's market for licensing the photograph.

Finally, Hesperion's argument that its use was de minimis had no traction with the court, given that it had used the entire photo. 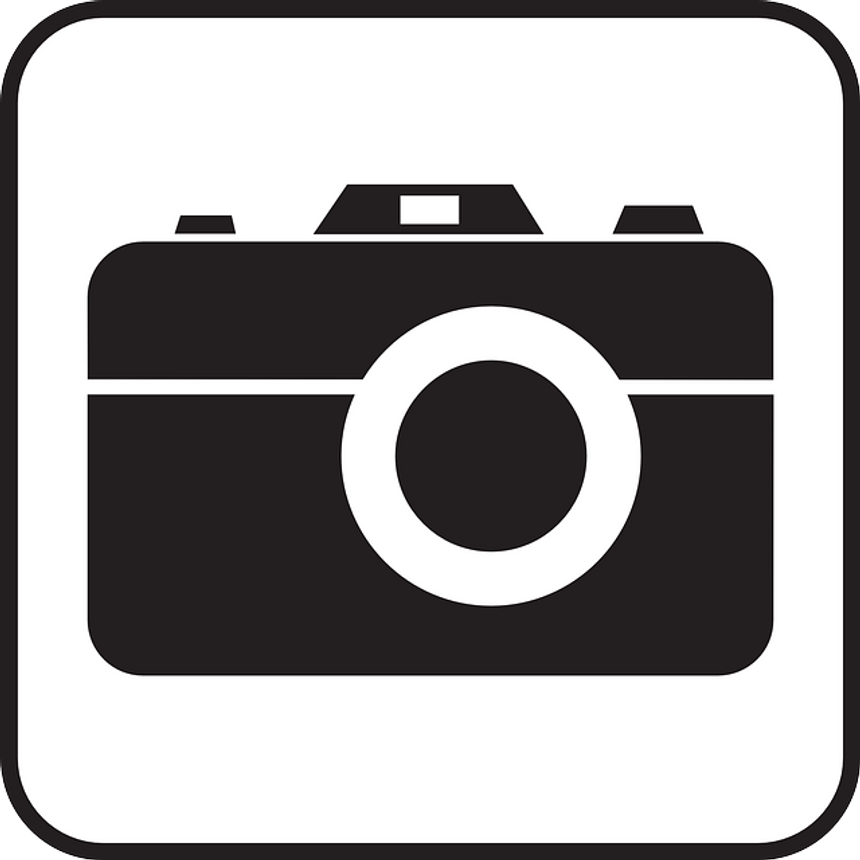