Duke Caboom, the stuntman character in Disney’s Toy Story 4, may have been inspired by 1960s real-life daredevil Evel Knievel or by the 1970s toys that were themselves inspired by Mr. Knievel.  But, as the district court in Nevada recognized, inspiration is different from copying or creating a false endorsement, and—when creative works are involved—the First Amendment offers robust protection to creators.

In October 2020, K and K Productions, the heir to Evel Knievel’s intellectual property rights, brought trade dress, false endorsement, and right of publicity claims against Disney, alleging that the Duke Caboom character in Toy Story 4 infringed those rights.  On Friday, the Court dismissed all claims without prejudice, agreeing with Disney that the complaint failed to state claims under the Lanham Act or Nevada’s right of publicity and unfair competition laws.

Central to the Court’s decision was its holding that, as a film, Toy Story 4, is indisputably an expressive work, entitling it (and any advertising and sale/licensing of consumer goods) to First Amendment protection under the Rogers test.  Under that test, claims under the Lanham Act are precluded if (1) the use of plaintiff’s trademark is artistically relevant to the underlying work, and (2) use of the mark is not explicitly misleading.  Where “the public interest in free expression outweighs the public interest in avoiding consumer confusion, the Rogers test bars Lanham Act claims from proceeding beyond the pleading stage.”

On the first prong, the Court determined that “any similarity between Evel Knievel and Duke Caboom is artistically relevant to the film,” including because Duke Caboom “is a crucial part of the storyline” and not “simply a gratuitous showing of an Evel Knievel-esque motorcycle stuntman.”  As for the second prong, Disney did not make any explicit references to Evel Knievel.  Instead, “Disney created an animated toy character with a different name, appearance, and backstory from Evel Knievel. Duke Caboom has a long horseshoe moustache; Evel Knievel had no facial hair. Duke has dark, slicked-back hair; Evel Knievel’s hair was light and curly. Evel Knievel’s jumpsuit was an American-themed suit with red, white, and blue stars and a red, white, and blue cape; Duke Caboom’s jumpsuit is Canadian-themed with white and red stripes on the arms and legs and a Canadian flag for a cape.”  With both prongs of the Rogers test falling squarely in Disney’s favor, the Court dismissed the Lanham Act claims.

Then it nixed the right of publicity claim on a similar basis, holding as a matter of first impression that Disney was entitled to dismissal at the pleading stage based on its affirmative defense that Duke Caboom was transformative and, thus, protected by the First Amendment.  Looking to California law for guidance, the Court determined that a party’s use of another’s image or likeness is transformative if “(1) if the celebrity likeness is one of the ‘raw materials’ from which the original work was created from or if the depiction is the very sum and substance of the work in question; (2) whether the work is primarily the defendant’s own expression; (4) whether the marketability and economic value of the challenged work derive primarily from the fame of the celebrity depicted; and (5) whether the goal of creating the work is to commercially exploit the fame of the celebrity by creating a conventional portrait supersedes the artist’s skill and talent.”

Here, Disney’s use was transformative, because “Duke Caboom is ‘reminiscent’ of Evel Knievel, but not a literal depiction,” due in part to the differences in name, overall appearance, and clothing and the fact that similarities like the jumpsuit, helmet and motorcycle are shared by many stuntmen.

In addition to dismissing the complaint, the Court denied K&K’s motion to amend the complaint, finding that the proposed amendments did not correct the deficiencies that led to dismissal under the First Amendment. 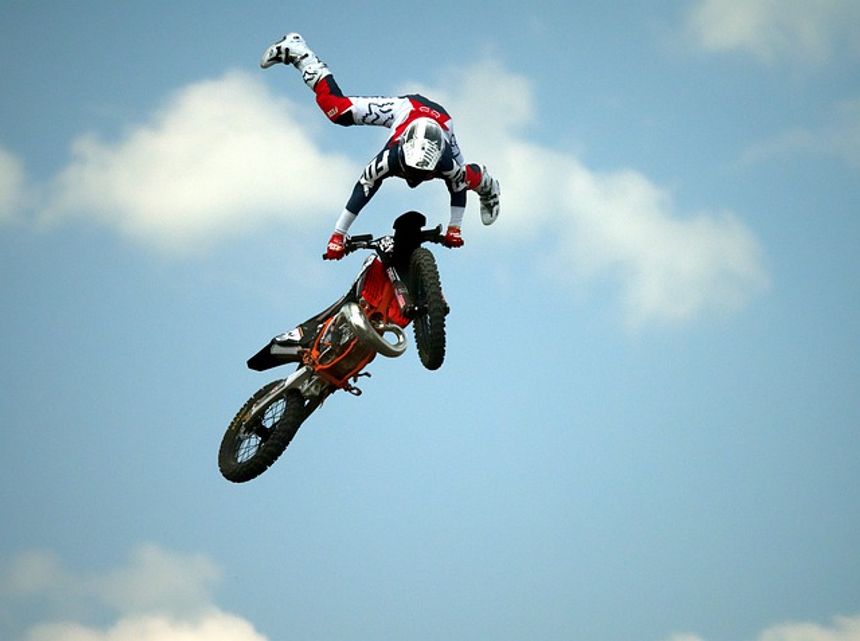