Plaintiff Jacob Aaron Leveille is a visual artist who lives in Florida. (You can check out his work on Instagram.) Defendant Ryan Edward Upchurch is a rapper, singer, songwriter and comedian who, according to his Wikipedia page, coined the phrase "raise hell and eat cornbread." (You can listen to his music on all streaming platforms.) In late 2016, Leveille met Upchurch at one of his performances. While the court's opinion doesn't provide details about their first encounter, we can only presume that the two initially hit it off, since Upchurch commissioned Leveille to create several original paintings.

Two of Leveille's works are at issue in this case:  a portrait of legend Johny Cash and one of Upchurch himself. According to the complaint, Leveille delivered the paintings to Upchurch in October 2018, but Upchurch never paid for them. (Upchurch claims that these paintings were a gift since he never asked for them; Leveille disputes this.) When Leveille's attempts to get Upchurch to pony up met with failure, a social media dispute erupted between the two. Things came to a head when Upchurch posted a video in which he trash talked Leveille and then shot (yes, shot ... with an actual rifle) the two portraits with multiple rounds. In the video, you can hear Upchurch, just before opening fire, address the following comments to Leveille:  "Talking shit to me when I done fucking helped you out when I didn’t fucking have nothing.” (Translation:  no good deed goes unpunished.) Below is a screen shot in which you can see Upchurch taking aim at the portraits. (Kinda scary. And kinda hot.) 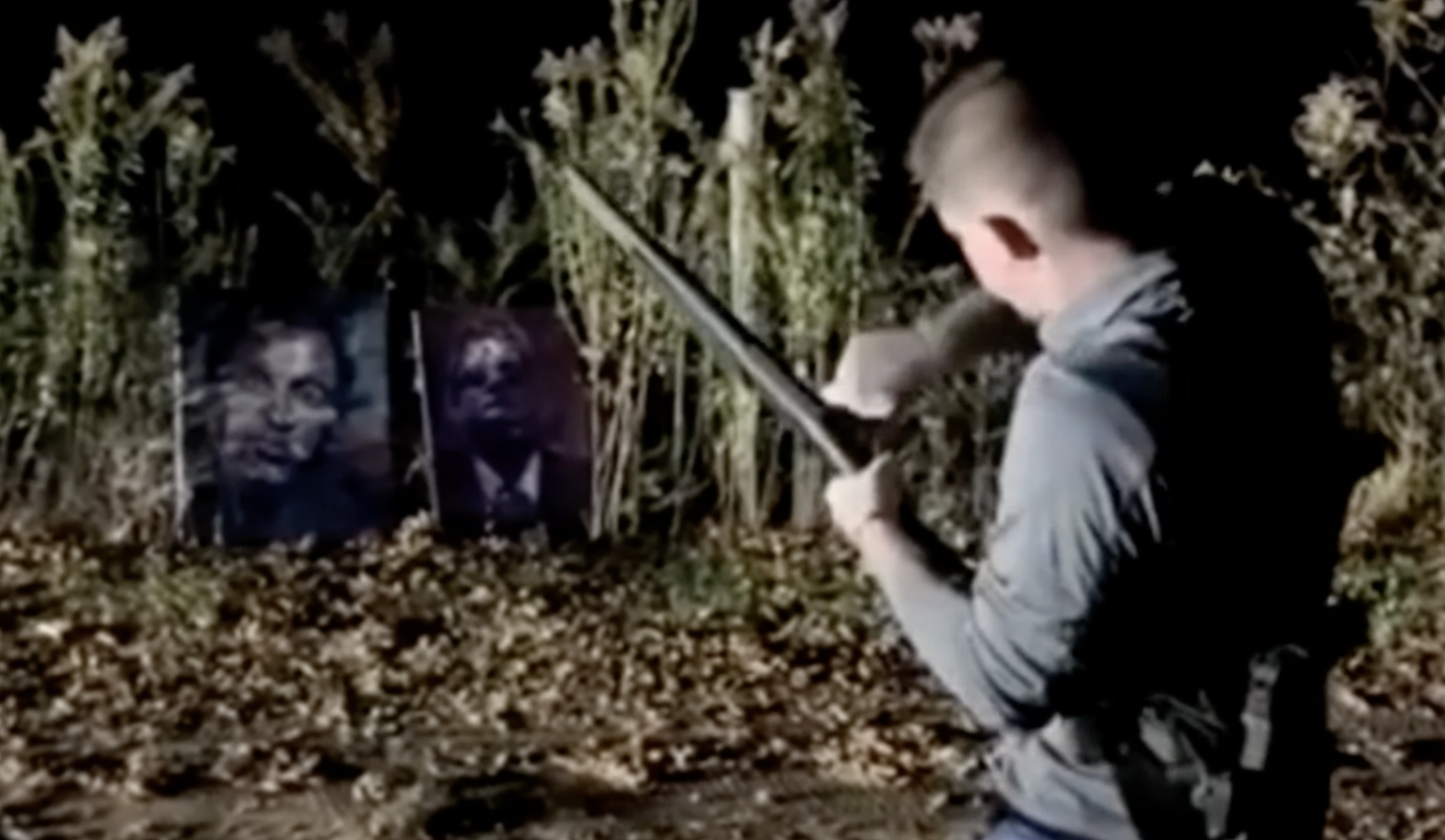 The video made the rounds on social media, including among Upchurch's millions of followers. Upchurch eventually decided to put the the pock-mocked portraits up for auction, with the proceeds to benefit schoolchildren. Prior to the auction, the phrase “fuck this dude’s painting” and Upchurch's signature were placed on the Johnny Cash portrait. Although Upchurch testified he did not recall embellishing the paintings in this manner, it is certainly telling that the auction house described the painting as “one of a kind piece of music memorabilia, a painting of, autographed by and shot to hell by Ryan Upchurch."

Laveille sued in the Middle District of Florida, alleging: (1) violation of the right of integrity under the Visual Artist’s Rights Act (“VARA”); (2) conversion; (3) trespass to chattels; and (4) copyright Infringement. Upchurch moved for summary judgment.

The court denied the motion for summary judgment on fair use, finding that there were disputed, material issues of fact on all four of the statutory factors.

Purpose and Character of the Use.  Upchurch argued that his use of the portraits in his video was transformative because he had intended to "create his own original work that would comment, criticize, and satirize the public dispute regarding [his] alleged commission of and failure to pay for the portraits." He also testified that he had an "infatuation with an ammunition artist, Yelawolf" and that he wanted to make “ammunition art like Yelawolf did which is why I shot [the] paintings in the middle” to “make them look cooler." Leveille countered by arguing that Upchurch's use of the paintings was not transformative and was highly commercial, not only because he had attempted to sell the works at auction, but also because the act of shooting, and the posting of the video itself, "was for purposes of self promotion and the potential to profit from the attention in his music career." Because there were material issues of fact regarding whether the shoot up of the paintings was a transformative act of creation, or an illegal act of destruction that was nothing more than a publicity stunt, the court concluded that summary judgment was not appropriate.

Nature of the Copyrighted Works. Upchurch argued that this factor should tilt in his favor because the paintings were based upon images that Leveille had found online and copied; Leveille disputed this and argued that the works were original and highly creative. Once again, the court found that material issues of fact precluded summary judgment on this factor.

The Amount and Substantiality Used. Upchurch argued that the portraits were obscured in the video, and that, in any event, he had reproduced the paintings in their entirety "because copying any less of the image would have reduced the Portraits to being meaningless for purposes of Defendant’s commentary and critique of the Parties’ dispute about the Portraits." Laveille argued that because the parties "dispute in no way involved the substantive aspects of the Portraits," there was no need for Upchurch to reproduce images of the portraits at all, let alone in their entirety. The court found - are you seeing a pattern? - that genuine issues of material fact precluded it from making a finding on this factor "because it is based almost entirely on the testimony of the Parties and each individual’s testimony as to the meaning of their postings about the Portraits and whether the use amounted to commentary or criticism about the actual works or the conflict about the Parties’ public dispute."

Effect of the Use Upon the Potential Market. Finally, the court determined that factual issues also prevented it from ruling on the fourth factor. The parties presented conflicting evidence of the value and consideration Laveille had received for other paintings before and after the shooting incident. The court also noted that this "factor is further complicated in that Plaintiff claims to have made the Portraits specifically for Defendant, one of which is of Defendant, with the expectation of payment by Defendant."

Right of Integrity.  Laveille's claims that that Upchurch intentionally violated the right of integrity under VARA when he shot up the portraits and distributed the video documenting the same to millions of people on social media. Section 106A(a)(3)(B) provides that an artist shall have the right "to prevent any intentional distortion, mutilation, or other modification of that work which would be prejudicial to his or her honor or reputation." The court reaffirmed a prior holding (on the motion to dismiss) "it can be reasonably inferred from the facts alleged that Plaintiff's reputation would be harmed by Defendant's alterations to the Works. Defendant's actions could reasonably lead to the Works and, by extension, Plaintiff's name and reputation in the artistic community being mocked and ridiculed. Plaintiff is entitled to the benefit of such inferences at this stage of the case." However, the court found that Leveille's "reputation in relation to the altered Portraits" could not be resolved by summary judgment and would have to be determined by a jury.

Right of Attribution. Leveille's also alleged that Upchurch had violated the right of attribution under VARA.  Section 107(1)(A)(1) gives the author of a work the right "to claim authorship of that work" The court found that the matter could not be determined on summary judgment but noted that Upchurch's own testimony could support Leveille's claim: "Defendant's testimony that in shooting the portraits he was attempting to create his own art, and that he signed the portrait with his signature, taken together with his testimony about initially giving the portraits to be auctioned, could be taken as presenting the portraits as his own for purposes of the auction." Another question to be determined by the jury.

This Just In:  Law 360 is reporting that this case has settled. 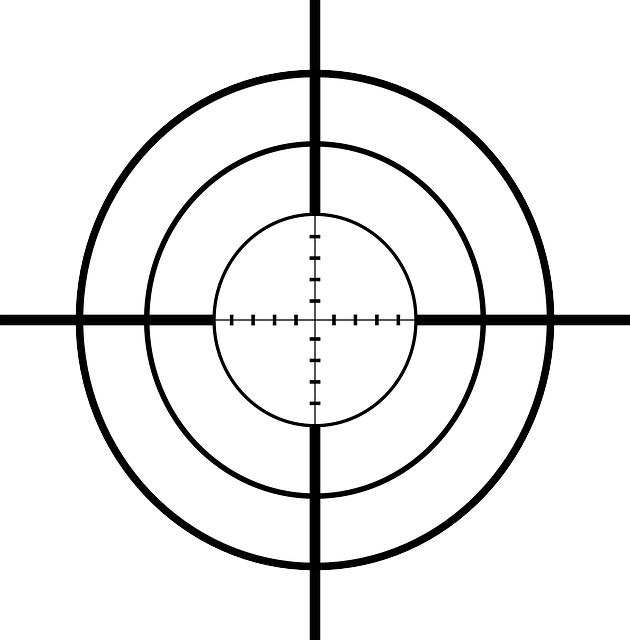