Update: On December 9, 2021, Quentin Tarantino answered the complaint, with a scathing introduction that brandishes Miramax as "a shell of its former self," argues that "Tarantino has every right to publish portions of his original handwritten screenplay for Pulp Fiction," and contends that Miramax "implausibly attempts to use the concept of NFTs to confuse the public and mislead this Court in an effort to deny artists such as Tarantino their hard earned and long-standing rights."

On November 16, 2021, Miramax filed a complaint against Quentin Tarantino in the Los Angeles federal court.  Miramax alleges that Tarantino’s planned drop of Pulp Fiction themed NFTs constitutes a breach of Miramax’s rights under its license agreement with Tarantino, copyright in Pulp Fiction, and rights under the Lanham Act.

Here’s how the microsite for the NFT drop, tarantinonfts.com, describes the release:

The NFT collection contains the handwritten, never-before-seen screenplay of Pulp Fiction, one of the most influencing artworks of modern film. Each NFT consists of a single iconic scene, including personalized audio commentary from Quentin Tarantino. The collector who will purchase one of these few and rare NFTs will get a hold of secrets from the screenplay and a glimpse into the mind and the creative process of Quentin Tarantino.

Based on the complaint, and a strong response issued by Tarantino’s team, the key issue in the case is whether Tarantino’s “reserved rights” under his agreement with Miramax are broad enough to cover the planned NFT drop.

Tarantino disagrees.  “Miramax is wrong — plain and simple,” Tarantino’s attorney Bryan Freedman said in a statement to Variety.  “Quentin Tarantino’s contract is clear: he has the right to sell NFTs of his hand-written script for Pulp Fiction and this ham-fisted attempt to prevent him from doing so will fail.”

Though the case likely will turn on an issue of contractual interpretation—in particular, the scope of the terms “print publication” and “screenplay publication” under the rights agreement—I find the case fascinating for three reasons.

First, this is one of the first major NFT lawsuits.  There have been a handful of others, most notably, a putative class action lawsuit against Dapper Labs alleging that NBA Top Shot is violating securities laws, but this case involves the underlying content associated with NFTs.  It is a hard-hitting entertainment and IP dispute with big players over NFTs. Not that we needed it, but here's yet further proof that NFTs have arrived in a big way and are an increasingly important component of the entertainment landscape.

Second, this case reminds me of Taylor Swift’s mission to recapture her first six albums.  Talented artists like Swift and Tarantino who sold most or all of their rights in their life’s treasured work to studios, labels, networks, producers, etc., often look for avenues to recapture some of that value and sense of ownership.  Many creators are exploring whether NFTs represent a pathway to exploit rights they reserved or may not have expressly granted away to third parties.

Third, this case involves an entertainment license provision with a long history: language providing that a grant of rights includes “rights now or hereafter known” and “in all media now or hereafter known.”  Studios, networks, labels and other licensees started including this language in their contracts in light of the rapid development of technology, which was suddenly ushering in new forms of distribution like digital downloads and online streaming services that didn’t exist and were never contemplated at the time the parties entered into the agreement.

Miramax is hoping that the “hereafter known” language in their agreement is broad enough to capture NFTs.  But what Miramax may be missing here is that NFTs are not in and of themselves a new form of media or even a method of distributing media.  NFTs typically contain no media at all, and they can be associated with literally ANYTHING in the universe.  To the extent the NFTs are associated with Taratino’s reserved rights, why would it matter that those rights are being exercised through the sale of NFTs? 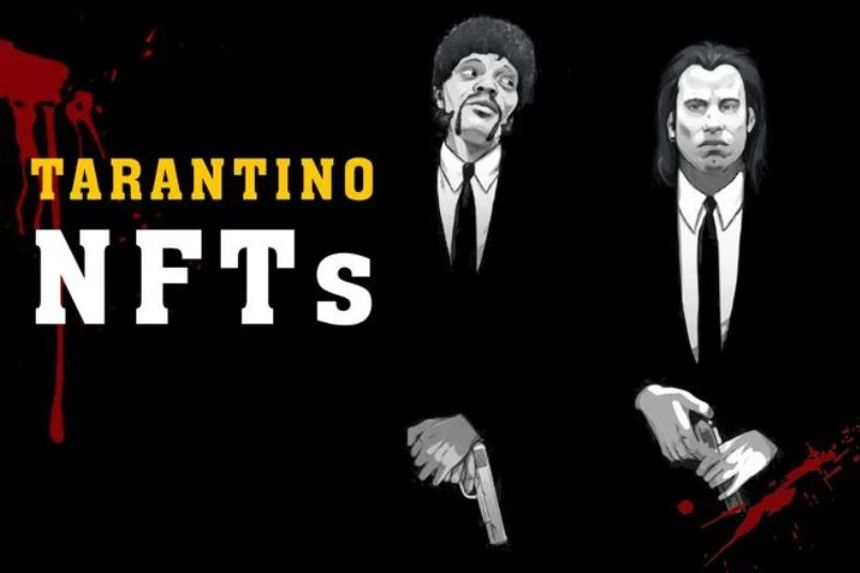