2022 marks the 100th anniversary of the birth of Texas A&M University's "12th man" tradition. For those who are not familiar with the lore surrounding the 12th man (I certainly wasn't), the school's website provides this description:

"On Jan. 2, 1922, E. King Gill, a basketball player and former member of the Texas A&M football team, was in the stands during the Dixie Classic as the Aggies faced top-ranked, undefeated Centre College. Outgunned and with nearly all players injured, Coach Dana X. Bible called Gill down to the sideline. Gill suited up and stood ready to play throughout the game, forever becoming “the 12th Man” in what was one of the greatest upsets in college football history, with the Aggies winning 22-14. This willingness to serve is tradition at Texas A&M and in 2022, we’ll celebrate the centennial of the 12th Man!"

Plaintiff Michael J. Bynum is an author and editor of sports history and memorabilia books, including Aggie Pride, a book he published in 1980 about Texas A&M's football program. In the 1990s Bynum returned to the topic and decided to pen a book specifically about Gill and his impact on football at Texas A&M. For a number of years, Bynum researched Gill and the 12th Man story, including conducting interviews with personnel in Texas A&M's Athletic Department. At one point, Bynum hired another writer (Whit Canning), on a work-for-hire basis, to write a short biography about Gill, titled “An A&M Legend Comes to Life,” which Bynum planned to use as the opening chapter of his book.

In 2010, Bynum sent a draft of his book to the Associate Director of Media Relations in Texas A&M's Athletic Department. The draft included a copyright notice and a statement that “no part of the book may be reproduced or used in any form or by any means ... without the permission of the publisher.” Four years later, that employee directed his assistant to retype the chapter, remove references to Bynum, include the byline “by Whit Canning, special to Texas A&M Athletics,” and change the original title from “An A&M Legend Comes to Life” to “The Original 12th Man.” Shortly thereafter, the modified article was published on the Athletic Department website and promoted via Twitter. After Bynum called foul, the Athletic Department removed the article from its website about four days after it first appeared, and the Associate Director of Media Relations provided this explanation for the "mix up" in an email he sent to Bynum:

"It was an incredibly coincidental mix-up on my part. I was cleaning my office, which you may recall is generally a cluttered mess. While going through files, I found a story of the 12th Man on some slightly yellowed 8.5x11 paper. I had no recollection of it [sic] origin. But I’m always seeking background info on the 12th Man especially since we joined the SEC and reporters aren’t as familiar with the history of the 12th Man. I asked my secretary to key it in for me which she did. A few days after that, my co-worker asked if I had anything on the 12th Man. Coincidentally, I did and that’s how a 16-year old story found its way on the internet."

In 2017, Bynum and his publishing company sued Texas A&M's Athletic Department and two individual employees for copyright infringement. The district court dismissed the complaint on the basis of sovereign immunity, and Bynum appealed.

Last week, the Fifth Circuit issued a non-precedential opinion denying the plaintiffs' petition for rehearing, withdrawing its prior decision in the case (from last fall), and substituting a slightly revised opinion that affirmed the district court's dismissal of the complaint.

Was Texas A&M's Athletic Department and Arm of the State?

As a preliminary matter, the court rejected the plaintiffs' argument that Texas A&M's Athletic Department was not an arm of the state. (Had it not been, then, of course, sovereign immunity would not have applied.) To determine whether the Athletic Department qualified as an arm of the state, the court used the framework set forth in Clark v. Tarrant County, 798 F.2d 736 (5th Cir. 1986), which requires consideration of six factors:

The court concluded that all six factors favored treating the Athletic Department as an arm of the Lone Star State. This was true even though one hundred percent of the department's funding - the second and "most important" of the six factors - came from private sources rather than the state coffers. The, issue, according to the court, was whether a judgment against the Athletic Department - if Bynum were to prevail in his lawsuit - would be satisfied with private or state funding, and that issue was "unclear."

To convince the court that sovereign immunity did not bar his claims, Bynum needed to confront Allen v. Cooper, 140 S. Ct. 994 (2020), where the Supreme Court held that Congress had exceeded its constitutional authority when it passed the Copyright Remedy Clarification Act ("CRCA"), which abrogated the states’ immunity from all copyright infringement suits. (See this post.) In Allen, SCOTUS explained that a federal court can entertain a lawsuit against a non-consenting state on two conditions. First, Congress must have enacted “unequivocal statutory language” abrogating the states’ immunity from suit. Second, some constitutional provision "must allow Congress to have encroached on the states’ sovereignty." The CRCA's clear language satisfied the first condition. As to the second, SCOTUS held that Congress did not have constitutional authority to enact CRCA either under Article I (which empowers Congress to protect copyrights) or Section 5 of the Fourteenth Amendment (which authorizes Congress to enact “reasonably prophylactic legislation” aimed at preventing states from violating the Fourteenth Amendment). With respect to the Fourteenth Amendment, the Court found that the CRCA failed the “congruence and proportionality” test because the evidence of actual constitutional injury - i.e., of willful copyright infringement by states - was “exceedingly slight." As a result, the Court concluded that the “indiscriminate scope” of the law's broad abrogation of immunity was “out of proportion" to any Fourteenth Amendment injury.

Bynum argued that there was still a path forward for him, despite the Court's ruling in Allen. Relying on United States v. Georgia, 546 U.S. 151 (2006), Bynum argued that Congress can abrogate state immunity in two ways:  either (1) prophylactically, by imposing liability on States for all violations of a particular statute (which is what Congress attempted to do with the CRCA), or (2) on a case-by-case basis, by imposing liability on States where conduct actually violates both a federal statute and plaintiffs’ constitutional rights. While in Allen, SCOTUS foreclosed the first path under the CRCA, Bynum argued that under Georgia, he is entitled to pursue the second because he had alleged two independent, actual violations by Athletic Department of the Fourteenth Amendment: (1) deprivation of property without due process of law, and (2) taking of property without just compensation in violation of the Takings Clause. (The Takings Clause of the Fifth Amendment is made applicable to the states by incorporation through the Due Process Clause of the Fourteenth Amendment.)

Assuming, without deciding, that sovereign immunity could be abrogated in copyright infringement cases where the state's conduct actually violated the plaintiffs' rights under Fourteenth Amendment, the Fifth Circuit panel nevertheless affirmed dismissal of the complaint because the plaintiffs had failed to allege facts that supported that the Athletic Department's conduct violated the plaintiffs' constitutional rights. With respect to the plaintiffs' claim that the Athletic Department had deprived them of their property without due process, the court noted that the plaintiffs were required to show both that (1) the violation was intentional or reckless, and (2) no meaningful post-deprivation state remedies existed. However, since the plaintiffs' could pursue a viable takings claim under the Texas state constitution in Texas state courts, their due process rights were not violated.

With respect to the plaintiffs' takings claims, the court assumed (again, without deciding) that copyrights are a form of property protected by the Takings Clause (an issue not definitively ruled on by SCOTUS). Nevertheless, the court concluded that the plaintiffs had failed to allege a viable constitutional taking. As the court put it, "not all torts (i.e., infringements) rise to the level of a [Constitutional] taking." The court distinguished between, on the on hand, “individual torts” (which do not constitute a Constitutional taking) and, on the other, “appropriations of a property right” (which do). And while a continuance of "individual torts" in sufficient number and for a sufficient time may rise to the level of a taking, in the court's view the wrong committed by the Athletic Department was an isolated, single event; in essence, an 'individual tort": 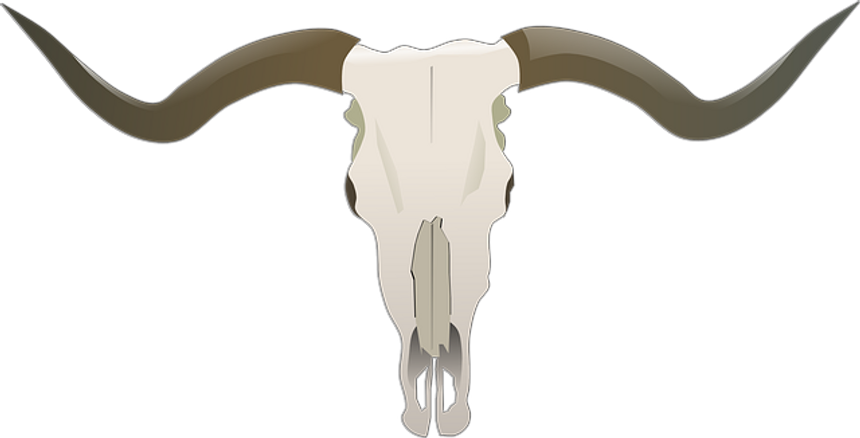