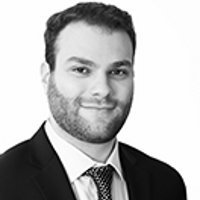 For background information on the Aku NFT project, please see “Aku, the first NFT optioned for the big screen, offers a glimpse into the future of IP and entertainment”

“Web3, we have a problem.”  On April 22, the highly anticipated Akutar NFT drop, the latest collection in the famed Aku series by pioneer NFT artist Micah Drew Johnson, ended in catastrophe as the founders discovered that logic programmed into their smart contract resulted in 11,539.5 ETH—over thirty four million dollars—being locked inside the smart contract forever.

What happened with the Akutar smart contract?

Following news of the smart contract failure, the Aku and larger NFT communities offered words of support to creator Micah Drew Johnson and the Aku World team, who expressed that they are resiliently committed to their mission of proving that “no dream is too big and no obstacle is too large.”

While tragic, this turn of events serves as an important wake up call for the NFT and Web3 community. The smart contract is by far the most critical component of any Web3 or NFT project. Its role, capabilities, and limitations are widely misunderstood.  Smart contracts are rightly heralded for their power to eliminate human intermediaries from transactions.  Ultimately, though, they are computer programs created by humans who can make mistakes or act maliciously.

Smart contracts are encoded on blockchains, which make them immutable.  This immutability, decentralization, and lack of human involvement create the so-called “trustless” environment that distinguishes blockchain technology from traditional systems of exchange.  These same characteristics that enable the power, promise, and wonder of blockchain applications also create incredible risk. Once a smart contract is deployed and executed to mint and transfer NFTs, it cannot be modified.  If there’s an error in the logic of the code and a failure of any integrated fail-safes, there is little to no recourse available to remediate the problems.  Like cash or candy stuck in a broken vending machine, cryptocurrency and digital tokens may be stuck in a broken smart contract, but there is no ability to reach inside, smash the glass, or otherwise retrieve any assets.

The smart contract is by far the most critical component of any Web3 or NFT project.